Blockchains: The Next Big Bang in Supply Chain, Part 1 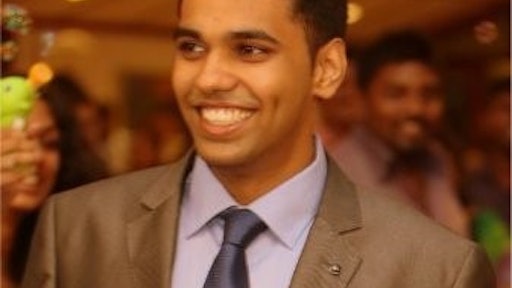 Part 2 of Blockchains: The Next Big Bang in Supply Chain can be found here.

So what’s the euphoria around bitcoins and blockchains? From what we know, these jargons have been around for the past few years. Nonetheless, the popularity of these terms or ideas (as some critics still claim) seem to have revived with a series of high-profile investments from industry giants such as IBM, PricewaterhouseCoopers (PwC), Goldman Sachs, JP Morgan and CITI into blockchain technology. These patrons, who have extended funding towards blockchain startups such as Blockstream, are envisioning prospective benefits that hold the potential to transform the way business is being done in the 21st Century.

With all the prolific talk going around, let’s begin with the basics. A blockchain is a distributed public ledger for carrying out transactions in a trusted environment and is the technology behind the concept of bitcoins, the most favored cryptocurrency. The network of computers uses cryptography to allow each participant in the open-source network to update the ledger in a secure manner, without the need of a central authority. This makes hacking virtually impossible, even without a centralized platform.

What seems to have opened Pandora’s Box is the fact that blockchain technologists have identified numerous avenues capable of putting this technology to practical use. Think of all the potential advantages an environment permitting safe and secure transactions could offer. Blockchains are expected to trigger a host of benefits across industries including—tagging of drugs and patient records in the healthcare sector without giving out sensitive information, allowing smart contracts to eliminate piracy in the music and movie industry, reducing the time and cost associated with lengthy legal processes, ensuring voter authentications in electronic voting, and aiding banking and financial service companies tackle fraud and facilitate lower cost transactions at higher speeds.

It should come as no surprise that titans from financial services industry have been forerunners to join the bandwagon. This is a digital disruption they are happy to embrace. For the record, R3 CEV (an industry-wide consortium of 42 investment banks) has recently carried out mock trades using blockchain technology and is looking at further possibilities to put this nascent technology to test. Even major banks such as Bank of America, Development Bank Singapore (DBS) and Standard Chartered are distinctly developing blockchain-based technology to be used in trade finance. Tech giants such as IBM and Microsoft have announced their plans to step in and include blockchain-as-a-service (Baas) as part of their product portfolio. Accenture has even come up with a smart plug that helps adjust power consumption and identify power suppliers offering cheaper tariffs. To say the least, even if bitcoins are deemed to falter or fail, its underlying technology (blockchain) is here to stay.

An avenue that would stimulate significant interest from the sourcing fraternity is that blockchains have the potential to improve trust and visibility along the supply chain with respect to flow of goods and money. It would be a dream come true for many in the procurement clan to have a transparent supply chain free from unethical practices such as slavery, conflict materials, and counterfeit or hazardous materials. Quality assurance is another aspect that can be tracked across the products value chain by allowing trade to happen in a decentralized network, at a lower cost (by reducing transaction fees) and with shorter payment cycle (by making transactions at a brisker pace). The payback for procurement to use blockchain technology are many.

Provenance (an aptly named London-based startup) is providing solutions to track the authenticity of goods along the value chain, thereby bringing transparency and trust into a customer’s supply chain. Its pilot project revolves around tracking the provenance or origin of tuna fish caught from Indonesia and marketed in Japan. Provenance enables products to have a digital passport that vouches for its authenticity and origin. Well, sourcing in a sustainable and ethical manner, and more importantly, tracking it effectively, no longer looks light years away.

Meanwhile, Skuchain (a California-based startup) is focusing on ways to use blockchain technology to drive supply chain finance and unlock billions of dollars locked up in letters of credit by shifting to a paperless environment, which is faster and more secure. These blockchain-based technologies are anticipated to revolutionize the global trade finance market, which is pegged at around $18 trillion, by facilitating collaboration between different stakeholders involved in the supply chain network.

Blockchain in supply chain is definitely in the cards, and it remains to be seen how swift procurement evolves to a stage when sourcing teams are closely involved in mapping out their entire supply chain and providing the right information to make this a success. As end customers and governments get more and more conscious and demanding in regard to transparency, traceability and speed, blockchain technology holds the key to removing blind spots from your supply chain.

Part 2 of Blockchains: The Next Big Bang in Supply Chain can be found here.

Oracle Jumping on Board Blockchain Bus

Despite a harsh economic climate, the war in Ukraine, and pandemic hotspots, consumers are not only out and about, they are willing to spend.
Verusen
September 21, 2022
Follow Us