As stores begin to open back up across the country, retailers are asking for kindness from customers to help shorten the gab in the labor shortage and prevent supply chain disruptions. 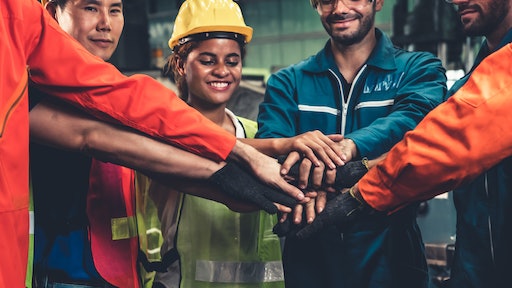 I admittedly lost my cool on this week’s L.I.N.K. Live. When my editor, Marina, told me that we were going to discuss “workforce woes” I immediately felt a lump rise in my throat. I’ve been having a hard time going out and doing things as the world begins to open back up post-pandemic. Restaurants and retailers are posting on social media pleading with customers to be kind to them, but still every day there is a new viral video of someone yelling at a worker for just simply doing their job. It’s disheartening to say the least.

Here’s the thing, reader, we are all grieving in some type of way. We all lost a year of our lives because of the Coronavirus disease (COVID-19) pandemic. Even worse, thousands of people lost loved ones. We are all hurting in some type of way and are so desperately trying to get some normalcy bake into our lives, but for thousands of people their lives will never be the same. We must remember to continue to be kind to one another.

There are lots of contributing factors to the ongoing labor shortage. For example, hundreds of workers at a Frito-Lay plant in Topeka, Kansas are currently striking, citing low wages and 84-hour work weeks. According to Newsweek, workers are alleging that they have been forced to work 12-hour shifts every day of the week – some of which include “suicide shifts” where they are only off work for eight hours before their next shift begins.

The strike has already disrupted the supply chain. Stores around the surrounding area are unable to receive products and have placed signs on empty shelves citing the strike as the reason why.

While people want the world to go back to normal, normal isn’t going to cut it for some workers as many struggled to make ends meet by working minimum wage jobs or had a lack of flexibility. According to a new report from One Fair Wage, even if the government cuts unemployment benefits, that doesn’t guarantee people will get back to work. Roughly 57% of respondents are considering not returning to the foodservice industry since benefits have been drawn back. Most would reconsider if they were provided a full, stable, livable wage (69%), paid sick leave (63%), health benefits (63%) and less hostility and harassment in the workplace (56%).

“Regardless of their access to unemployment insurance, workers are consistently reporting that they are leaving the restaurant industry because they can no longer afford to live on the industry’s subminimum, poverty wages. In response, independent restaurants across the country have been transitioning to new wage structures that provide workers with a full, stable wage with tips on top,” said Saru Jayaraman, President of One Fair Wage in a press release. “Many of these employers have now joined with workers to call on policymakers to raise the federal minimum wage and end the subminimum wage for tipped workers - both to level the playing field for all businesses and to send a signal - using their platform in a way that small independent businesses cannot - to millions of workers that wages are increasing permanently and it is worth returning to work in restaurants. Without this permanent wage change, workers will not return, and the restaurant industry will never fully reopen and recover.”

Meanwhile, 54% workers would consider quitting their jobs if they were not awarded the same flexibility that the pandemic initially gave them, according to the EY 2021 Work Reimagined Employee Survey. The survey finds that nine in ten employees want flexibility in where and when they work. On average, employees would want to work between two and three days at home. Only 22% of respondents would prefer to work full time in the office.

Still, job retention varies based on the generation. Millennials are twice as likely to quit their jobs than baby boomers.

“Employees’ willingness to change jobs in the current economic environment is a game-changer. The COVID-19 pandemic has shown that flexibility can work for both employees and employers, and flexible working is the new currency for attracting and retaining top talent. Employers who want to keep the best people now and in the next normal will need to put flexible working front and center of their talent strategy,” said Liz Fealy, EY Global People Advisory Services Deputy Leader and EY Global Workforce Advisory and Solutions Leader in a press release.

Everyone is struggling right now. Most people you encounter are doing the jobs of two-three people. Be patient and be kind to them. We are all doing the best we can.

VR training can help supply chain organizations accelerate their growth by allowing them to hire and retain the right employees for the job more effectively.
Roundtable Learning
October 25, 2022

Four in 10 (40%) U.S. workers said they’d like to see greater investment by their employer in technology to improve processes, efficiency and safety.
SafetyCulture
September 29, 2022

Among all worker injuries over the same period, construction workers on average missed the most workdays (98) due to an injury, followed by employees in transportation (88) and those in services (69).
The Travelers Companies, Inc.
May 2, 2022
Follow Us