A shortage of spare parts and difficulty managing and moving parts are keeping F-35 planes grounded. 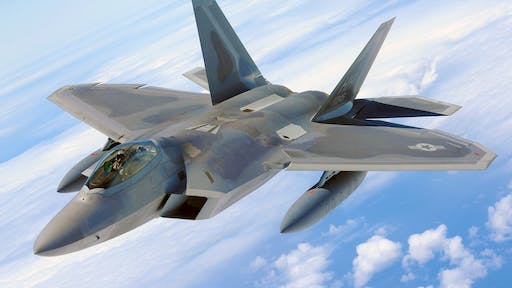 Stars and Stripes reports that a shortage of spare parts and difficulty managing and moving parts are keeping F-35 planes grounded at least 30 percent of the time during an eight-month period of 2018. Some training units were unable to fly most of that time as well.

Meanwhile, a report from the Government Accountability Office found a backlog of repairs and high rates of some units "cannibalizing" parts from other planes rather than waiting for parts to arrive also contributed to problems.

The report also found that while spending billions of dollars on spare parts, there are no records for all purchases, known location for parts or how much the military services reportedly paid for them. A lack of accountability will make it more difficult to rein in costs of the Pentagon's most expensive weapons program, Stars and Stripes reports. The GAO went on to warn the Pentagon that if it the program doesn't fix its supply chain issues the "F-35 fleet may fall short of the capability needed to support its critical national defense missions."

Stars and Stripes reports that between May and November 2018, F-35 mission-capable rates worldwide - the percentage of time aircraft with squadrons are safe to fly and perform at least one mission - hovered around 50 percent. The report found that only 27 percent of planes were fully mission capable during the same period.

Still, the plane's supply chain lacks spare parts in order to fly. According to Stars and Stripes, the chain is also limited due to capacity restraints to repair parts after finding a backlog of over 4,000 spare parts waiting repair at depots or the manufacturer.