As Trump continues to feud with Amazon online, he ordered a review of USPS' finances to see if the company is paying its fair share. 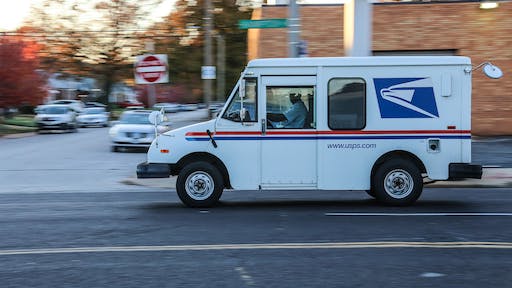 President Donald Trump demanded issued an executive order for an evaluation of the Postal Service's finances to review if Amazon is paying its fair share in postage.

The President has been feuding with the e-commerce giant for the last few weeks, accusing the company of not paying taxes, causing its stock to fall 4 percent. Trump also threatened to "go after" the company. However, his criticism of Amazon goes as far back as 2013 on his twitter account.

In the executive order, Trump created a task force to examine the service's "unsustainable financial path" and directed the new panel to conduct an evaluation of its operations. The order does not specifically mention Amazon, however.

Postal Service experts and Trump's advisers have urged him to quiet down with the accusations, providing the number of packages shipped by Amazon is actually helping the Postal Service, but he refuses to believe what he is told, tweeting out that "the U.S. Post Office will lose $1.50 on average for each package it delivers for Amazon... That amounts to Billions of Dollars."

The Postal service has reported net losses for the last decade due to the result of prolonged decline in volume of marketing mail and first-class mail. The service makes money on packages, however, and Amazon is the biggest shipper of packages.

White House representatives told reporters that there was no plans to take immediate action against Amazon last month and were given no warning that the executive order was going to be sent out.

The task force is to examine carious parts of the Postal Service's business, including ones that directly involve Amazon's business. The task force will also have to look at the service's "universal service obligation," which requires the service to deliver to everyone in the United States, given the changes in technology and e-commerce.

Some parts of the order hint at further privatization of the Postal Service, stating that the financial problems demand some kind of action.