Did We Reach Peak Offshoring? How Automation Could Impact the Workforce of the Future

Automation is shaping the workforce of the future, and will directly affect the shape and value of offshore operations. 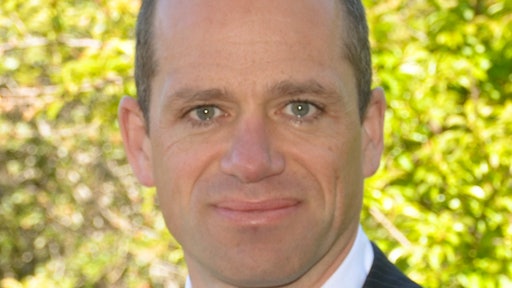 By the early 1990s, automation technology, often referred to at the time as computer integrated manufacturing (CIM), existed for lights-out production—the ability to make a product without direct human manipulation. However given the large production runs required to justify the costs, the economics of swapping labor (OpEx) for machines/robots (CapEx) were rarely positive, resulting in patchy adoption. Yet the future may have been foreseen.

Further challenging the return on investment (ROI) from automation at the time, and for the subsequent decades, was the offshoring of work to low-cost countries. Why build a relatively inflexible automated facility locally when competitive advantage can be maintained with a flexible manufacturing capability in a developing country?

In the last few years, however, automation made significant strides—not just in what the technology can do, but also in the ease and speed of setup. This enabled batch sizes to shrink, driving a flexibility that, to many, could be described as agile manufacturing. Technologies such as computerized knitting, 3D printing and robotic cutting are transforming manufacturing. In addition, robotic process automation (RPA) and cognitive technologies, like natural language processing and speech recognition, are redefining what is considered routine in processes and, therefore, subject to potential automation.

With these advances in process and production automation, and the associated transference of operational to capital expense, what is the potential impact to the economics of offshoring? If an Adidas Speedfactory foretells the future, if we haven’t seen peak offshoring yet, we could be close to it.

The Speedfactory, while only representing a small fraction of Adidas’ total production output, is based near the end consumer, with initial facilities in Bavaria, Germany and Atlanta. Each factory will employ 160 people to do the work of over 1,000 in their more traditional Asia-based plants. It is not a truly lights-out facility, but is full-stream manufacturing, starting at raw materials and culminating in finished product. Rather than just a postponed customization, final assembly and inspection facility, it is a pilot for expansion at scale.

Adidas emphasized the agility of its Speedfactories, citing the need to react quickly to fickle consumer tastes and the associated dynamic demand patterns. However, it is interesting to look at the ratio of less than one job in Bavaria for every 5-plus jobs in Asia.

There is a commonly held understanding among economists—although subject to challenge by politicians—that of those jobs that were lost from offshored industries, more than 80 percent were lost to automation and less than 20 perent of the jobs were actually physically relocated. Critically, though, it still made economic and strategic sense to leverage the available automation technologies in-situ offshore and realize a labor-cost arbitrage advantage.

It is quite possible, with the latest technologies constantly redefining what is considered routine and subject to automation, that we may see another 80 percent reduction in traditional roles. RPA can effectively automate the routine elements of a process, while still effectively integrating the non-routine elements that benefit from value-add human intervention. A 2013 study published by Carl Benedikt Frey and Michael Osborne examined the probability of computerization across occupations and found that 47 percent of workers in America had jobs at high risk of automation. In the traditional outsourced and offshored industries, the percentage is higher.

So, what could this mean for the future of offshoring?

Over the years, there were many reasons to offshore. The lower cost of labor was always a particularly compelling argument, along with innovation partnerships and proximity to raw materials. The latter reasons will likely be less impacted by technology developments. Automation, and the associated shift in demand to differentiated creative skills to deal with the non-routine circumstances, however, is shaping the workforce of the future, and will directly affect the shape and value of offshore operations.

We have to expect that the offshore providers will continue to adapt, as they have been doing already with the adoption of automation technologies in their facilities and the creation of non-routine services. However, as automation homogenizes production and services around the globe, and consumers expect faster, more intuitive and personalized experiences, the pendulum may swing back towards providing facilities that are geographically local to the customer.

Illustrative of this is a USA-based outsourcing company that claims that it can reduce clients’ costs by up to 70 percent through a combination of automation software with U.S.-based employees, but only between 20 and 40 percent by shifting IT work to a developing economy.

We know that the offshore providers will not stand idly by and watch their business erode. However, with many facilities at least partially owned by multinationals, the chance that we will see more onshoring similar to the Speedfactory is very high. So, with production automation technologies driving us to an inflection point, the percentage of production capacity offshored may now be at or near peak.

From a process automation perspective, it is less clear given that the technologies are relatively less mature. However, the timeline to largely negate the labor cost advantages of process offshoring is going to be shorter. In production and process automation, the maturity of today’s technology is such that the business case to offshore or remain offshore is likely to need compelling strategic reasons, as the economics and ROI of offshoring erode.

Peter Cook is the vice president of procurement and supply chain at The Smart Cube. The Smart Cube is a global analytics firm that delivers analytics and research services to Fortune 1000 businesses, financial services institutions and management consulting firms. The Smart Cube has conducted more than 28,000 studies to date across virtually every major industry, function and region through its global team of more than 600 analysts.

Overcome the Fork in the Road to Automation