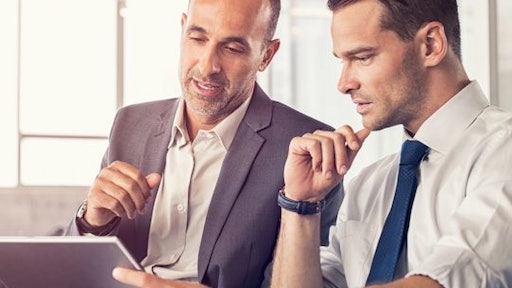 UiPath surveyed office workers from around the world and uncovered that nearly half worry they will be out of a job within five years because their skills will be outdated. Because of this, 86% of respondents say they wish their employer offered opportunities to acquire new skills (reskilling) and 83% say they wish their employer gave them more opportunities to enhance their current skills (upskilling).

The UiPath survey was designed to understand how office workers around the world believe technology is changing valued skillsets, whether they have opportunities to upskill and reskill, and how training opportunities impact job satisfaction and perceived job security. The survey of 4,500 office workers across the U.S., U.K., France, Germany, India, and Singapore, conducted in February and March 2020, uncovered that nearly all (91%) of office workers believe their employers should be more willing to invest in digital and technology skills training for their employees.

Other key takeaways from the survey include:

Employees believe they will be more productive and satisfied at work through skills training.

Eighty percent of workers globally believe they would be more productive if they learned new skills. In addition to driving greater business outputs, employees who receive skills training are generally more inclined to stay at their jobs; 88% of workers say they would be more willing to continue working at a company that offered upskilling and reskilling opportunities.

Among workers globally who were provided training at work, they cited increased responsibilities, more opportunities, and increased pay as the top benefits of upskilling and reskilling opportunities.

Employees yearn to learn automation – and are willing to take skills training into their own hands.

Data analytics is the most coveted skill globally, and in the U.S., demand for automation, machine learning (ML), and AI skills are on the rise. Twenty-two percent of office workers worldwide say they are interested in acquiring RPA skills, acknowledging that automation could boost productivity, save time, and enable a better work/life balance. This interest is even higher for office workers based in the U.S., with 30% of Americans sharing that they are interested in acquiring RPA skills.

Eighty-three percent of workers worldwide, and 87% of workers in the U.S., also say they are interested in learning about ML and AI. Seventy-eight percent globally note that ML/AI skills could benefit their career.

To date, for workers who are not being taught new skills at work, many have taken training into their own hands. Fifty-nine percent of office workers have taken a class or taught themselves a new skill in their personal time to use at their job. In the U.S., people are getting trained on RPA just as often as they are a new language.

“Now more than ever, digital skillsets are necessary. Employers need to provide their employees with new training initiatives so they can best leverage technology like automation so they’re more productive and satisfied in their careers. Fifty-eight percent of office workers believe there are more opportunities for them to automate daily, monotonous tasks at work,” said Tom Clancy, SVP UiPath Learning. “Employers should offer digital training as part of career development initiatives as it is proven to enhance retention and boost business productivity.”