Here’s how traditional skilled trades organizations can integrate the new workforce with the knowledge needed to fill important gaps in the skilled labor force. 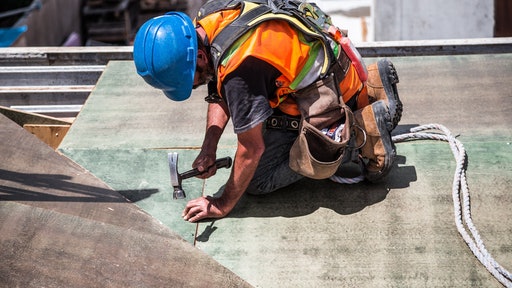 When visiting an industrial manufacturing worksite or an oil rig, it’s now commonplace to see older workers approaching retirement who have worked in their trade for decades. They most likely started off as young twenty-somethings who were given a mentor to help show them the tricks of the trade. In many cases, they are generational workers who watched a grandfather, father or uncle go to a worksite and do the same job they’re doing now. But, that’s all about to change.

Why? For starters, there’s a new generation that graduated during the pandemic and are now entering the workforce. They’re college-educated and have been repetitively told that getting a degree means a white-collar job, steady income and stability. Add to that a volatile economic environment in the early-to-mid 2010s that forced many to leave trade work behind, and you have a skilled workforce deficit that equals a gap of 444,000 workers in oil and gas; 570,000 jobs in manufacturing; 330,000 workers in construction; 20,000 tower climbers in telecom; and as many as 5.5 million transition-related renewable energy jobs.

Even when younger workers do join the skilled trades, they’re often paired with a veteran twice their age and given a job or task that they are unprepared to take on. Once again, the chasm is generational, as well as cultural and regional.

To paint a picture, enter 15-year-old John. John’s father, his older cousin and his grandfather have all worked on Permian Basin oil rigs for the past 70 years. He’s grown up on and off rig sites and knows the tools, trade terminology and the background of the area. When he began working at 18 years old, he had prior experience, and was paired with a 30-year-old skilled worker to show him the day-to-day logistics and operations of the job. Now at 55 years old, John is being asked to help 21-year-old Jonathan, who’s a transplant from Maine with a degree in economics and has no idea how an oil rig works or how to enter into an industrial work environment without putting himself and others at risk.

Needless to say, bringing the younger, tech-savvy workforce into blue-collar, skilled trades presents challenges. While hyper-specific, this knowledge gap is a common occurrence as tribal knowledge once linking previous generations of field workers will likely need to be transferred to formal classroom training programs. But, therein lies the question of if the skills needed to succeed in trade positions can be translated in a formal learning environment accurately and effectively.

Well, they’ll need to be. Here’s how traditional skilled trades organizations can integrate the new workforce with the knowledge they’ll need to fill important gaps in the skilled labor force while building stronger industries simultaneously.

1.      Create consistent employment. A major cause of the current gap in the skilled workforce was the lack of stability in job security. Especially in the oil and gas industry, the market fluctuations and evolving demand for clean energy have led to a cycle of massive layoffs and rehiring surges that leave people wary of rejoining the trade industries. Businesses must reinforce the importance of skilled tradespersons by committing to jobs and the reskilling/upskilling of their workers. With increases in infrastructure, energy expansions, 5G rollouts and more, there is no deficit of demand for a skilled labor force and employment must reflect that.

2.       Offer meaningful training opportunities that incorporate digital learning. Maybe the most important point is the determination of how to train new workers effectively while also combining technological solutions that they’re comfortable with. Industries that once relied on an experienced oil rigger, roustabout or derrickhand to help trainees learn the ropes will have to translate that knowledge into online learning platforms that adequately capture the skills and information needed to be successful on a worksite. The key is combining interactive classroom training with digital courses that help the new generation gain the experience they need but also at their own pace.

3.       Stress the importance of a skilled passport to carry workers between jobs. Often, a contractor working in industries such as manufacturing or construction will be transient. Once they’ve plateaued at a certain position, they’ll advance to a position that expects prior skills and experience to be successful and safe while on the job. Many of these certifications carry over from industry to industry, but how can skilled workers prove that? Enter the digital worker’s passport. Now, a contractor can provide proof of past training and credentials, allowing them to focus on what gaps need to be filled and upskill workers into a modern labor force with growth potential.

This is just the tip of the iceberg when it comes to ushering in a new, modernized era of skilled trades. The combined supply chain disruptions and skilled worker gaps have caused an increase in the costs of goods and services for consumers that can’t be ignored. Beyond immediate need to fill these chasms for incoming infrastructure expansions, the Fourth Industrial Revolution has also proved a call to action for skilled workers. What was once a dying breed can be revived through innovation and a change in mindsets on the importance of trade work. Not only do we need digital solutions to step in and take the place of experienced, veteran mentors, but we also need an increase in stressing the viability of trade work as an exciting and necessary career path.

Women in Supply Chain: Logistics is Full of Opportunities for Young Men and Women

Hannah Kain, CEO of ALOM, details why the supply chain industry can be a perfect fit for anyone and everyone looking to make a career move.
ALOM Technologies Corp.
April 18, 2022
Follow Us