The Training Evolution: From the Classroom to the Internet

How did trucking get to be so different from everyone else when it comes to online education? 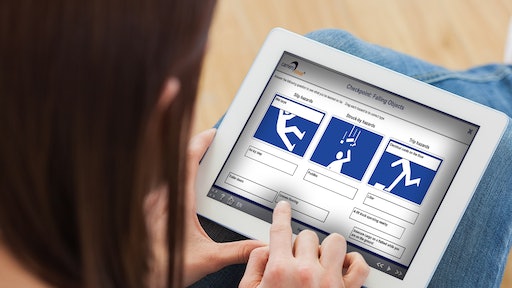 When career e-learning developers come into the trucking industry they’re often struck by how different it is from other industries. The content itself is not usually an issue - every industry has its own quirks, acronyms, and regulations, so trucking actually fits in pretty well with other industries. Where it’s different is the focus on video-based training. In the broader learning and development world, video is generally regarded as a useful component of a larger training product, but not as a complete product on its own. Within trucking, though, video is often the only thing people think of for online training.

So how did trucking get to be so different from everyone else when it comes to online education?

Tracing the evolution of e-learning both inside and outside of the trucking industry provides some explanation, but also highlights some very different approaches to content design.

The Evolution of E-Learning in Trucking

In the early days, the only game in town when it came to training was getting truck drivers together for classroom sessions. And that was the rub. It was inconvenient and disruptive to fleet operations, and if wheels weren’t rolling, both the driver and company weren’t making money. To minimize the pain, fleets only delivered the training they absolutely had to. The critical stuff got covered, but non-critical things rarely made the cut.

That began to change in the '80s and '90s when video emerged as another option. It solved part of the problem -- it let people participate at any time, in any quantity (whether one person or a full class), and it offered some consistency in delivery. That flexibility meant that more subjects could be justified, so the amount of training being delivered went up. It was a big improvement over classroom training, but there were still issues: People still had to physically be there to watch, which meant the scheduling headaches didn't disappear completely.

Videotapes also had a habit of disappearing or breaking, and when regulations changed, fleets had to get new versions of the videos and make sure the old ones were pulled from circulation. Paper-based tests included with the videos offered a way to confirm that learning happened, but that meant keeping track of which tests went with which videos, keeping track of answer keys for marking, and storing the completed tests in a physical file somewhere. Later, DVDs offered better quality and had more capacity, but they were otherwise the same as VHS. It’s worth noting that VHS and DVD were a pain for providers as well, since having to ship physical products (which tended to break in the mail) added to the fulfillment costs and headaches.

After dealing with all that, the emergence of the Internet and online video was a big relief for both vendors and fleets, since it solved a lot of those problems. With online video, there’s no physical product to ship, no issues with tapes disappearing or breaking, and people can access the content remotely so they don’t have to come into the terminal. Having tests online also removed need for paper and simplified the record keeping process. The result has been a more flexible product, and today most of the vendors who were previously selling VHS/DVD safety products have added (or moved completely to) online video.

The Evolution of E-Learning in the Corporate Space

In the corporate space, the progression was very different.

Training here also started in the classroom, but even though participants were in the office already it was still a pain to get them into training. Adding to the challenge was the fact that you could always count on someone being sick on training day, or a new hire that started right afterwards. The environment may have been different from trucking, but many of the issues ended up being the same.

But, instead of moving to video, Computer-Based Training (CBT) was the next step in the corporate world. In the '80s and '90s personal computers gave the ability to connect to corporate networks, so CBT content (stored on corporate servers and delivered over internal networks) was a logical option. CD and DVD-based CBTs moved this off the corporate network and made content available in more remote places, but like VHS/DVD it didn’t change the essential part of the experience from the previous network-based delivery. These ended up being very similar to the interactive CD-ROMs from the '90s - a combination of different media types presenting content on a particular subject - but with more exercises and testing at the end.

CD-ROM and DVD training had the same issues as their VHS counterparts - physical items that would break, go missing, or need to be replaced when the content changed - so moving online provided the same benefits in terms of remote access, ease of updates, and no more need for shipping or replacing physical objects. Today, essentially all of the vendors who used to produce interactive CD/DVD courses have moved completely online.

The Move to Online

While trucking and the corporate world took two different paths, they both ended up depending upon the Internet for online training.

So, what about videos, are they now extinct?  No. They still serve a purpose.

For situations where you need very specific, immediate guidance, videos work just fine. If you need help doing something that you’ve never done before and may never do again, you’re probably going to find a 5 minute YouTube video and get exactly what you need.

However, if it’s something where you need to develop a deeper understanding of the content and retain that knowledge for a longer period, interactive computer based training will work much better. Videos are passive while CBT is active learning that sticks with people. Videos aren’t sticky, so while they can be a great help in the moment as a visual guide, people tend not to retain that information for very long. They’re like the pictogram instructions you get with Ikea furniture – they guide you through the process of assembling the item (most of the time), but you won’t remember the steps a week later.

Interactive CBTs would be overkill for that simple one-off task, but they’re more of an active learning experience so information is retained. That makes them better suited to situations where it’s important to understand broader concepts and develop a strong base of ingrained knowledge.

In the trucking world, many of the safety-related topics are things where drivers should be developing that deeper level of knowledge, so the interactive CBT approach is generally going to be the more effective tool. There are certainly situations where a quick video or pictogram will give people the steps they need in a particular moment, but for larger training initiatives a more complete solution is going to be the way to go.

Where Are We Headed?

The leap from classroom and videos to online training was gigantic as it allowed truck drivers to utilize laptops and tablets for training while they’re on the road.

What’s ahead? Once 5G networking comes, even better online training will be available to drivers. But, it won’t be through 5G, it will be because of it.

Urban areas with hardwired connections will be able to gain all the speed and bandwidth 5G offers. But, truckers, and truck stops in rural areas will be a bit out of luck. These areas are typically a generation behind those in cities. So, if you’re used to LTE in the big city, you’re likely getting 3G in outlying areas. And truck stops, about the same due to all the shared users. That slows processing time, and what can be offered on the Internet (those producing content don’t want to provide something that takes too long to download). But, when 5G comes, outlying areas will be upgraded too – and that will mean a bump to 4G and LTE.

This will enable more interactive training content -- including more personalized learning paths (each person gets exactly what they need with no time wasted on information they already know) so the overall efficiency will improve.

As we enter the next frontier in training, we’ll likely see Machine Learning. This will allow for a better understanding of the data being collected by training now, letting fleets be more proactive about where the needs are and what to do about them. And, that means determining exactly where the learning gaps are, to better predict outcomes based on past activity, and other related things that improve the overall efficiency and effectiveness of the training for the participant. This will be truly exciting.

The network’s other objective is to re-align the sector’s image by promoting actions that encourage women to make a career choice to join a logistics and transport organization.
GEODIS
December 1, 2020
Follow Us