Though compensation is higher than it has been before, and well-above minimum wage, employers are feeling confused about their inability to attract new applicants and disconnected from their existing teams. 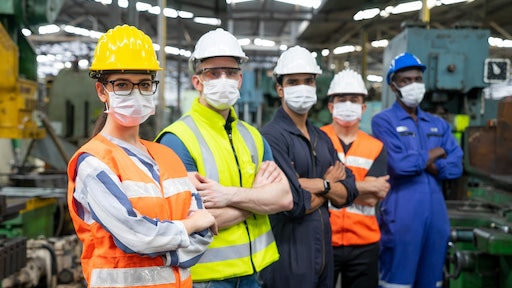 By month five of the great resignation, most employers understand the need to offer competitive compensation. Many have also found the resources they need to do that. Sometimes, though, those higher rates have not refilled the applicant pipeline as expected. The logistics sector continues to struggle in winning workers back. Though compensation is higher than it has been before, and well-above minimum wage, employers are feeling confused about their inability to attract new applicants and disconnected from their existing teams.

Luckily, there are more ways than one to gain ground when it comes to worker compensation. Increasing wages is a necessary step, but it is not enough on its own. Instead, employers can complement pay raises with other compensation strategies, many of which don’t cost nearly as much as a sustained wage hike. Below is a brief overview of three strategies for improved worker pay to re-engage hourly team members without breaking the company bank.

To understand the hesitation among candidates, it’s worth studying where the real pressure for pay raises is coming from. The pandemic put families and working people into precarious financial positions, but the government was also quick to respond through stimulus and supportive measures. The need for increased pay is therefore not a direct product of increased financial need. It is, instead, the result of an important change that took place during the COVID-19 pandemic, when employees first started entertaining the option to work in other industries.

The pandemic impacted different sectors in various ways. Workers who previously only searched for work in logistics started thinking about finding work in the hospitality industry. Manufacturing workers looked left and right to see how the catering and food and beverage sectors were paying. With everything up in the air, switching industries no longer seemed like too big of a change.

The space between industries continues to shrink, and workers that were once siloed are opening themselves up to employment options across the entire recovery economy. For employers, this shift means that wages need to be competitive not just within their industry, but in comparison with similar roles in other industries too. The best strategy for employers to take at this time is data-based; finding transparent insights into wage averages within a local job economy will help company owners prepare for the rates that will work well in their industry and in the job economy at large.

For employers who have barely made it through months of diminished sales, it’s useful to know that higher rates can be combined with other valuable offerings. Most effective is the extension of more frequent payments. Paying employees on the same day that their shift is completed is an underused strategy. It works in a few different ways. First, it establishes quick trust with the worker and emphasizes the gratifying feeling of being paid for a hard day’s work. The relationship between work and reward is more direct with same-day pay.

Second, frequent payments allow workers to have more flexibility in their financial lives. Some workers are balancing multiple jobs or coming in for select shifts from other parts of the gig economy. Paying them for the work they’ve done, as soon as they’ve done it—rather than doling out bi-weekly or monthly pay checks—helps them to have autonomy over their personal allocation of resources, and often acts as an incentive for them to come back and take more shifts. Same-day pay doesn’t have to be an expenses line-item in the budget; partnering with third party vendors can be a cost-effective way of streamlining payments straight to workers as soon as they’ve clocked out.

Pay for the work they want to do

Workers might want to earn more on the hour, but they don’t necessarily want to earn more hours. Between second jobs, educational degrees, family life and other personal priorities, less is more when it comes to mandated work. Work-minimums imposed by traditional temporary work agencies are officially a thing of the past. Allowing workers to schedule shifts at their convenience, and to take on as much or as little as they want, has been one of the most effective post-pandemic strategies. Not only does it streamline scheduling and allow multiple employees to fill in for one another, it also creates a necessary feeling of autonomy, mirroring the value-add that came from remote-work options in white collar roles.

Combined with same-day payments, self-led scheduling will create a working reality that will be hard for employees to turn down. The ability to work as they see fit, to be well-compensated for that work, and to receive compensation in a timely manner, is the definition of an employee-centric workplace. It’s also a real benefit to employers, since the self-led scheduling strategy has been shown to reduce no-shows, and frequent payments can impact worker satisfaction without much added cost. So while it’s clear that some wage increases are necessary, employers don’t need to rely on a sky-high hourly rate as their only way to show post-pandemic employees that they’re listening. With self-led scheduling, same-day pay, and competitive rates, employers will see quick uptake and sustained rewards within their applicant pool and their existing contingent teams.

May 16, 2022
Latest in Professional Development

51% of manufacturing and 49% of construction companies responded that new hires don’t have the necessary skills for the job when they’re hired, while 45% of transportation/warehousing companies stated the same.
TalentCards
May 24, 2022
Follow Us