Several companies in the supply chain have tapped new leadership. 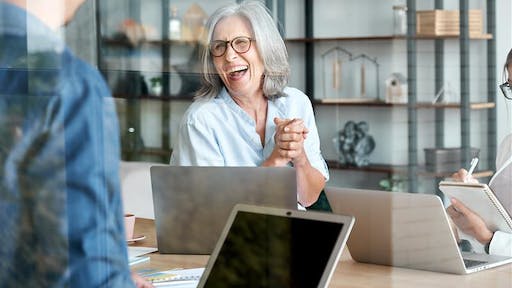 INFORM, an AI and optimization software company, announced the appointment of Matthew Wittemeier to the newly created role of senior manager, international marketing and customer relations of INFORM’s Logistics Division.

Wittemeier commenced his new role effective Oct. 19, 2020 having previously served as the marketing manager of the Logistics Division since 2016. He is also a board member with YoungShip Rotterdam and acts as a member and judge at The Academy of Interactive and Visual Arts (AIVA).

General Farmen is an expert in transportation and logistics who is known for generating innovative solutions to complex problems, increasing productivity, leading change, challenging status quo, and delivering results. His visionary leadership will provide strategic direction and alignment of purpose, profit margins, and future possibilities for our clients.

As the final phase of a two-year planned succession outlined by the Turtle & Hughes board of directors, Jayne Millard, the fourth generation of family ownership at this top independent electrical/industrial distributor, is now executive chairman of the board. She remains an active, full-time member of the executive committee setting the strategic vision for the company.

Trident Worldwide, the flexible warehousing and logistics platform, is delighted to announce the appointment of Richard Tucker as vice president of sales.

Peak-Ryzex, Inc., a provider of digital supply chain and mobile workforce solutions, announced the addition of two executives to the senior leadership team. Brad Tracy has joined as senior vice president of sales, North America, and Jim Polcaro has joined the company as chief information officer. Both Tracy and Polcaro report to Juliann Larimer, Peak-Ryzex CEO.

White will continue in the role of chief executive officer as he transitions toward full retirement in May of 2021.

The North Carolina State Ports Authority is pleased to announce the arrival of industry veteran Doug Vogt as its next chief operating officer. At North Carolina Ports, Vogt will apply his extensive experience to further improve the operational excellence at the Port of Wilmington, Port of Morehead City and Charlotte Inland Port. Specifically, he will direct and coordinate the activities of all terminal operations. He will also oversee the execution of the infrastructure investment plan.

Karen S. Lynch named the next President and CEO of CVS Health