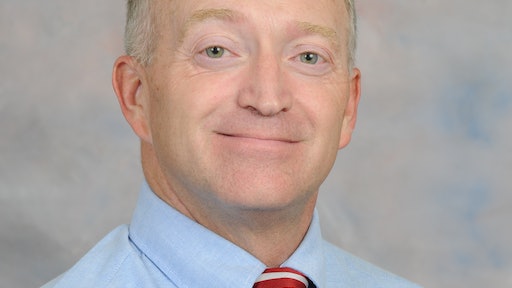 When Joe Walden was first named the Practitioner of the Year in 2004, the world was a different place. More people were beginning to understand what supply chain management is and how it effectively makes the world go round.

Walden has played an important role in educating not only the industry, but people everywhere, on the importance of supply chain management. He has authored three books and two textbooks regarding the subject.

“The goal really was with the books was to put some ideas out there to get people thinking about leadership within supply chain and get them thinking about some of the things you need to do to make sure that people working for them are successful,” says Walden. “The textbooks [have] just been a way to really put my experiences as a consultant, as a training developer and as a soldier into real world stuff that dovetails into different studies in supply chain.”

With Supply & Demand Chain Executive celebrating its 20-year anniversary, the editorial team has been watching and reporting how the industry has changed over the last two decades. One thing remains unchanged, though -- the supply chain and logistics industry thrives on meaningful and consistent leadership.

The annual Pros to Know award recognizes professionals for their accomplishments in leveraging the supply chain industry for competitive advantage. For the last 20 years, SDCE has honored these Provider, Practitioner and Provider Team Pros to Knows by highlighting their achievements. Now, we look back at some of the top Pros to Know over the years to see what they have been up to since they last received the award.

Walden’s position as pacesetter in supply chain innovation, an RFID evangelist and a professional who has taken on the challenge of helping to reform perhaps the largest and most complex supply chain in the world – the United States Army first earned him recognition. Though, his countless contributions to the industry, whether it be as an author or as a supply chain professor for the University of Kansas, has made him someone that the industry should know.

“It’s probably one of the greatest honors I've had professionally. Both military and civilian wise,” says Walden. “The honor of being selected as the very Practitioner Pros to Know [back in 2004], really was a huge, huge honor. It meant that somebody had recognized what had been done over my previous career and help open doors for things I've done in the career since.”

Since retiring from the military 14 years ago, Walden trained soldiers that were going to Afghanistan and Iraq on supply chain and logistics operations, eventually becoming a professor at KU. He explains that there is a lot of overlap between his military experience and teaching a room full of college students because they range in the same age.

“In the military, my goal was to help make them better people so they can be better soldiers and then better citizens when they get out of the military. It's the same thing in classroom. My goal was to make them better people, make them wiser people and teach them how to think -- not what to think,” he explains. “The goal is trying to make the same age people better, better informed, better educated, better people, and hopefully in somehow impact their lives, so they can impact somebody down the road.”

Walden believes that when people obtain an education base on the supply chain, it not only makes them a better student, but also makes them better consumers and better workers in their jobs because they better understand what all entails to getting a product to the store.

For example, soldiers have distribution centers overseas that have products coming through the exchange system, so that that they can purchase personal items. This often results in cross docking, but then add in a war surrounding, it makes the supply chain more complicated. Having civilians recognize every step of the supply chain allows for less errors to be had. In some careers, that error could be a life or death matter, and for Walden, he wasn’t willing to risk that.

“I think the thing I enjoyed about the military supply chain as well as commercial supply chain, it's the only career field I know of where you impact people's lives every day,” says Walden.

Pros to Know: Where are They Now – Lisa Ellram of Miami University

Pros to Know: Where are They Now – Jason Averill of Avercast