Sam Polakoff relates his life as a business owner to his new science-fiction novel. 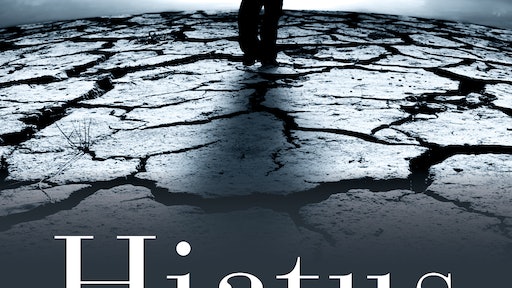 Sam Polakoff’s memory of his grandfather is similar to most. Bouncing up and down on his knee and playing an occasional game of catch in the backyard.

Following his death, those memories continued to live on not only through Nexterus, the company he founded in 1946, but in Polakoff’s creative endeavors. Nexterus, a provider of integrated supply chain services, became a family business, with Polakoff serving as a third-generation owner and CEO. While his day job focuses on supply chain engineering, in his free time he publishes science-fiction novels.

“When I was a teenager I kept on having this dream about my grandfather coming back to life and spending a single day with me once a year,” Polakoff says.

His debut novel Hiatus, published in January 2018, was based on that dream. The novel follows main character Ben as he reunites people with their deceased loved ones for 24 hours until the technology falls into the wrong hands.

“It [writing a novel] was always something that I wanted to do, but never achieved,” he says.

Polakoff, a self-claimed procrastinator, says that he waited on writing the novel, partially blaming his age as a factor. It wasn’t until one of his friends pushed him to start writing that he felt like the timing was right.

One of the first steps he took toward writing was to create an outline of the story. He plotted out the characters and twists. And to further his craft, Polakoff took writing classes after work and wrote in his notebooks during meetings. He would describe how a person spoke and sprinkled those “boredom descriptions” across the pages of Hiatus. Polakoff also contributes characteristics of people he knows into the novel, even including his own traits from time to time.

Regardless of his age, however, Polakoff always had the urge to write. It got to the point where he would find himself awake at all hours of the night writing his story.

“I have a profound inability to sleep more than five or six hours a night,” he jokes.

Hiatus features the trials and tribulations of businesses, and as a business owner Polakoff could attest to his characters’ struggles.

“My experience as a business man is pervasive throughout the novel,” he explains. “In fact, you can argue that the book is as much a business thriller as it is about science fiction.”

Polakoff wrote Hiatus in three years while working full-time at Nexterus. Although there were times when he grew frustrated with the writing process, he never wanted to quit. In fact, he wanted to write more.

Like a supply chain, Polakoff knew that the first product of his book needed more time and work. Before the final version hit shelves, he re-wrote it several times, aiming for perfection.

“I think writers have this yearning to get it perfect,” he adds.