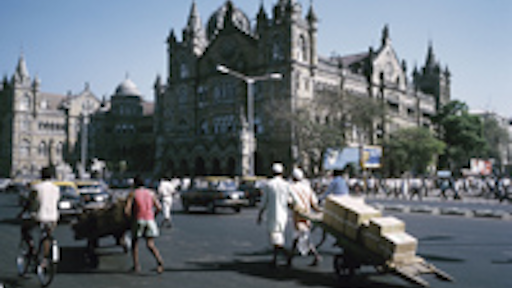 India's growing economy and upwardy mobile middle class are factors that balance, but don't negate, the country's poor infrastructure and ill-equipped ports when it comes down to companies making a decision about where to locate new operations.

Yes, it's true that the country's population of 1.1 billion is still largely rural, and the Asian Development Bank has reported that about 35 percent of Indians currently live on less than $1 a day. But the nation's $785 billion economy is growing at around 9 percent annually and per capita income has risen to about $3,400 a year. More importantly, India boasts an educated middle class that already numbers some 300 million — or as large as the entire U.S. population. This growing class of consumers is experiencing rising incomes and is expected to drive a doubling of retail sales in the country within the next decade, by some estimates.

These factors have prompted a variety of global companies to turn their eye to the Indian marketplace. In the high-tech sector, for example, computer-maker Dell is set to establish a major production operation and employ some 20,000 people in India by 2009 to service the domestic Indian market, which will absorb nearly 5 million personal computers this year alone, according to industry estimates. In moving into India, Dell is following other global technology companies, including rival HP, that already have set up shop in the country. Elsewhere, LG, Nokia, Ericsson and Motorola all have established beachheads in India to take advantage of what is expected to be a booming mobile phone market. Outside the tech sector, automotive companies like Honda and Hyundai have been stepping up their production operations to service rising domestic demand, and multinational consumer packaged goods companies like Unilever and Procter & Gamble have had longstanding presences in the country.

That's the good news. The bad news is that companies looking to establish local supply chains to service the Indian market are likely to encounter a number of significant people, process, infrastructure and technology challenges.

Let's start with the people and process issues. "A lot of the supply chain functions, like logistics, are often carried out [in India] by people who are not very skilled or educated," says Sandeep Kumar, the Bangalore-based principle consultant and group leader with the Manufacturing and Supply Chain Management Group at Infosys, a global consulting firm founded in India 25 years ago. "As a result, we have a very labor-intensive, manual environment in India."

The infrastructure within the country can also present a challenge. Nearly 80 percent of goods transported in India move over highways, yet highways make up just 2 percent of the country's more than 2 million miles of roads. Most of India's byways are, at best, poorly maintained blacktop and, at worst, un-maintained dirt tracks. As a result, logistics and delivery firms most commonly use smaller vehicles, under one ton and generally three-wheeled, to reach much of the country, creating the potential for substantial inefficiencies for any company looking to move large amounts of goods long-distance over ground.

India's ports, too, suffer from underdeveloped infrastructure. Kenneth Glenn, president for South Asia at logistics company APL, noted in a speech before the Southern Asia Ports, Logistics and Shipping conference in Mumbai earlier this year, that the country currently lacks a port that can handle vessels of at least 6,000 twenty-foot equivalent units (TEUs), which will account for about one-quarter of world container capacity by 2008. "When India's ports are assessed against the attributes of a world-class port, they do not stack up well, lacking many of the characteristics international ship operators look for in order to increase vessel calls," Glenn told the audience at the conference. He added that currently the cost of transporting one TEU over a distance of one kilometer in India is 53 percent higher in India than in the United States.

In this regard, experts point to China as an example for India to follow, noting that the People's Republic faced similar infrastructure issues a decade ago but made the investments necessary to drive its ongoing economic boom. China's efforts clearly have paid off, producing $60 billion in foreign direct investment in 2005 alone, compared to $50 billion in foreign investment in India for the entire period since 1991. India's government apparently has recognized the drag that the country's poor infrastructure is putting on its economy and recently has pledged to step up investments. Earlier this year Prime Minister Manmohan Singh said that the country needed some $320 billion in investments in roads, ports and other infrastructure to accelerate the economy's growth. How soon those investments are made, and how effective they will be, however, remains to be seen.

Finally, enterprises looking to set up supply chains in India must be prepared for a low level of technology adoption by many of their potential partners in the country. Infosys' Kumar points out that while India has justly earned a reputation as a hub for information technology development, most Indian companies are running homegrown applications, if they're running anything at all. "The typical approach is to build up IT capabilities with the most basic functionality," Kumar says. "For example, in a manufacturing environment, you might have an MRP [manufacturing resource planning] system running the planning, but beyond that there would be very little in the way of B2B integration, like EDI [electronic data interchange]." Consequently, most firms lack the capability, for example, to collect the data necessary to support sophisticated forecasting models, or, more generally, to provide any level of automated interaction with supply chain partners.

Add in concerns about excessive bureaucratic red tape, an erratic power grid, widespread poverty and potential geopolitical instability, and India presents a mixed picture for Western enterprises considering setting up operations to serve the local market. And yet Kumar, for one, is optimistic that India is headed in the right direction, if only because the increasing consumerization of the middle class is driving enough rupees into the marketplace to create an irresistible draw for global companies looking to boost their bottom lines by expanding into new frontiers. This, in turn, is creating demand for higher levels of supply chain capability, driving investment into critical areas requiring improvement. "The pressure on the logistics side is very, very high, so the entire logistics industry needs to undergo change, and I think that is already happening," Kumar concludes.


Companies Mentioned in This Article