For those involved in the supply chain industry, this election really does matter 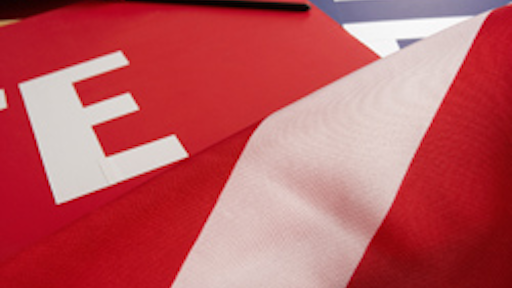 The punditocracies of the left and the right have suggested that the upcoming U.S. presidential election "really matters this time." The talking heads have their own reasons for building up the importance of the November ballot, of course, but that does not take away from the fact that, at least for those of us involved in the supply chain industry, this election really does matter.

Evidence for that assertion can be found in the 19th annual "State of Logistics Report" issued earlier this year by the Council of Supply Chain Management Professionals (CSCMP). Frankly, the state has been found wanting. "Our nation's transportation infrastructure is failing and will not meet our needs in the future," the report states grimly.

Statistics cited in the report back up the claim:

So what's the good news? On the infrastructure front, honestly, there isn't much. The experts' conclusion is that it's going to take (a) much greater collaboration between federal, state and local governments, as well as private enterprise, and (b) more money — lots and lots more — to bring transportation capacity into alignment with future needs. "The key to the success of ... any plans to fix our infrastructure is the willingness of all the players, public and private sector, to come to the table knowing that the funding is going to have to be generated by all," the CSCMP report states. "We need strong leadership to formulate the solutions, engage the stakeholders, educate the nation, and implement the plans to restore our valuable transportation infrastructure."

Neither of the major party U.S. presidential candidates has made transportation infrastructure a major issue in the campaign. Barack Obama has talked generally about the need for investment in infrastructure, and John McCain has linked transportation to a broader energy policy, but neither has offered up any specific proposals, let alone any sort of Eisenhower-esque "grand plan" for the nation's transportation infrastructure or any thoughts on how to pay for much-needed improvements. That's ironic, given the extent to which the candidates have put the economy and national security front and center of their campaigns. After all, Eisenhower campaigned for the creation of the Interstate Highway System in part based on national security considerations.

So as supply chain executives go to the polls this November, no doubt they will be considering, among other pros and cons, which candidate will be able to exhibit the same kind of "strong leadership" that "Ike" brought to the table. Which one will be willing to champion the necessary funding? Which one will stand up to the interests that inevitably seek to divert funds to "pork barrel" projects? Which one will "really matter" when it comes to strengthening the nation's supply chain infrastructure?

Got an opinion on the upcoming elections? Go to www.SDCExec.com/elections to share your views and cast your vote. We'll report on the results periodically in the run up to the November 4 ballot. And, as always, you can write me with your thoughts at areese@sdcexec.com. I'll look forward to hearing from you.