How Consumers Shop and What they Expect During COVID-19 Pandemic

Convey Inc. announced key findings from a new consumer study that looks at changing shopping behaviors and expectations in light of the COVID-19 pandemic. 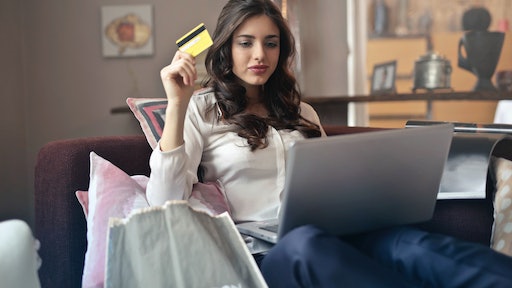 Convey Inc. announced key findings from a new consumer study that looks at changing shopping behaviors and expectations in light of the COVID-19 pandemic.

The survey of more than 1,000 consumers found that more than 4 in 10 shoppers (42%) admitted to stockpiling items in preparation for the COVID-19 outbreak. That number increased significantly among younger shoppers, with more than 5 in 10 Americans aged 18-29 hoarding items (53%). The top 3 essential items amassed were food (41%); paper products such as toilet paper and paper towels (32%); and pantry staples (31%). Other key findings include:

The survey found that the majority of shoppers don’t expect retailers to have all of the items they want in stock (60%), and virtually all shoppers are willing to give retailers more time to deliver items (94%). Sixty percent of respondents felt retailers deserved an extra 3-4 days for delivery, while 19% were comfortable with 5-6 days. And in what should be good news for retailers, a full 17% said more than 7 days was acceptable.

Transparency During Delivery is Key

However, while shoppers are willing to give retailers some leeway when it comes to inventory and delivery times, in return they expect more proactive communication, with potentially steep consequences for a lack of transparency.

Nearly 70% of consumers said they want more communication, not less, during times of stress and uncertainty. Nearly 9 in 10 shoppers (86%) said it’s important or very important for retailers to say when an item will arrive. They also want the estimated delivery date (EDD) for an item to be shown on the product page or in the shopping cart, with 75% saying that they are more likely to buy when this is the case.  And while consumers are willing to give retailers more time for delivery, 70% say they are less likely to shop with a retailer again if they are not informed in advance of a delay.

Amidst the COVID-19 outbreak, the majority of Americans say they want to support local retailers who have been impacted by store closings – even as their behavior shows Amazon remains their top online shopping destination.

Overall, nearly 9 in 10 shoppers (87%) say it’s important or very important to support local retailers; 79% of Millennials ages 18 to 29 say the same, although their allegiance isn’t as strong as other shoppers, with just 41% saying it's ‘very important’ compared to 54% of overall respondents.

When asked what feature would entice them to shop online, all age groups agreed that free shipping was number one (64%), followed by the availability of purchase online for curbside pickup (58%), and providing an EDD prior to checkout (44%).

The importance of free shipping perhaps explains why, despite consumers' professed support for local retailers, Amazon was still the top choice for shelter-in-place online shopping. Four in five shoppers said they were using Amazon during the COVID-19 outbreak (81%), with mass merchants like Target and Walmart coming in second at 55%, followed by grocery chains with online services such as Whole Foods or Kroger (36%). Just 22% of shoppers said they were using local retailers with online stores.

“Our goal is to shed light on how consumer behavior is changing in light of COVID-19, as well as understand what shoppers expect from retailers,” said Kirsten Newbold-Knipp, Chief Growth Officer of Convey. “There are some bright spots, including that shoppers are willing to make concessions when it comes to in-stock items and delivery delays. Shoppers were also clear that transparency about delivery at every stage of the journey is crucial to keeping their trust. We hope this data helps retailers make informed decisions about how to best serve their shoppers today and going forward as we all navigate these unprecedented times together.”