Part of President Trump's plans when placing tariffs on steel and aluminum earlier this year was that companies would bring their production back to the states, but many are still resisting. 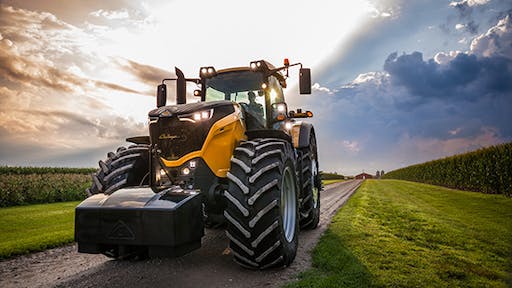 AGCO Corp., one of the top U.S. tractor companies, announced that it would be moving its production out of China to Brazil in order to avoid tariffs in the impending trade war between the two countries, Bloomberg reports.

Part of President Trump's plans when placing tariffs on steel and aluminum earlier this year was that companies would bring their production back to the states. However, many are still resisting, stating that it would only hurt the consumer.

With AGCO Corp. turning to Brazilian factories, the company is effectively avoiding the tariffs and expects to export tractors from Brazil to the U.S. to reach 5,000 units next year, Bloomberg reports.

Meanwhile, AGCO and its Deer & Co. rival have warned about the negative impacts that the trade war will have on farmers. Bloomberg reports that the tariffs are putting pressure on farmers, and the companies have called for the government's support for open markets and free trade.

Bloomberg reports that AGCO may benefit from the trade war, though. By moving its production to Brazil, it could get a boost as China is replacing American soybeans with those grown in South America.