Uber is tapping its army of more than 200,000 drivers to deliver packages and other goods within cities 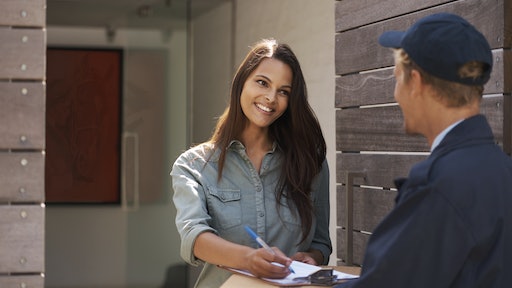 Oct. 15, 2015—Customers who use Uber Technologies Inc. to hail a ride in Chicago or San Francisco may soon use the same service to order a pizza.

UberRush, a smartphone-enabled courier service the company has tested for the past year in New York, is now available in those two additional cities, the company said. Local merchants in those cities, from flower shops to burrito joints, can now request to be included in the test program.

Uber is expanding its effort to build what chief executive Travis Kalanick has called an “urban logistics network,” tapping its army of more than 200,000 drivers to deliver packages and other goods within cities. The program includes UberRush, the courier service, as well as UberEats, launched last fall to speed lunch and dinner items from popular restaurants to Uber users in parts of New York City, Chicago, Los Angeles, Toronto and Barcelona.

In many ways, Uber has discovered logistics to be a more complex and costly business than transporting people, one that requires drivers to learn new tasks and its software to work seamlessly with complicated systems for managing retail inventory. The company has lost out on the opportunity to make deliveries in some cities for Apple Inc. and Starbucks Corp., which discussed tie-ups with Uber, but then made deals with startup courier service Postmates Inc.