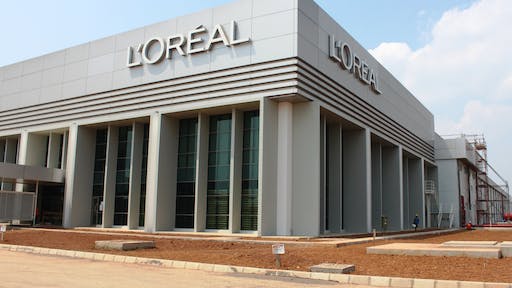 The new L'Oréal factory in Jababeka will serve as the production hub for the ASEAN region.

“As we have been successfully operating a factory In Indonesia since 1986, the country is therefore the clear choice for L’Oréal’s ASEAN production hub,” said Jean-Philippe Blanpain, Executive Vice President of Operations for L’Oréal. “Building our largest factory in Indonesia once again demonstrates our dedication to providing Indonesians and the markets in the ASEAN region products with superior quality and value.”

In line with the Group’s ambition to reach one billion new consumers in the next 10 years, the factory will respond to increased market demand in Indonesia and ASEAN, which represents new frontiers of growth for L’Oréal.

“With the highest growth of the Group in Asia Pacific, Indonesia is a key contributor to the L’Oréal objective of reaching one billion new consumers,” said Jochen Zaumseil, Executive Vice President, L’Oréal for the Asia Pacific Zone. “The Jababeka plant reflects our confidence in the continuous expansion of the Indonesian market and our strong commitment to the country.”

Due to the growth experienced over the last four years, the new Jababeka plant will manufacture hair and skin care products for the mass market brands, L’Oréal Paris and Garnier. Approximately 30 percent of the production will cater to the domestic market while 70 percent will be distributed to all other countries in the South-East Asian region.

The Jababeka plant is the first LEED-certified factory in Indonesia. The factory abides by a U.S. standard which defines excellence in terms of design and building construction process with regard to key aspects of sustainability including water and energy efficiencies, atmosphere management, materials and resources utilization and environmental quality.

In 2013, the plant will produce 200 million units and has an installed capacity of 300 million units with the potential to reach up to 500 million units per year. The plant features state-of-the-art facilities including high-speed production lines; processing tanks with automatic recipes management; a lighting system based on movement detection; and an advanced technology water treatment plant, currently under development.

Approximately 450 of L’Oréal’s 800 workers in Indonesia will be stationed at the new factory in Jababeka. Throughout the transfer process of the factory, L’Oréal succeeded in retaining 96 percent of its existing employees from the former factory in Ciracas. In order to facilitate the move to the Jababeka premises 40 km away, L’Oréal provided employees with transfer and housing incentives. A total of 262 employees and their families have now become home owners in the surrounding areas of the new factory.

“The government of Indonesia appreciates the strategic decision taken by the L’Oréal Group in supporting the development of the industrial sector in Indonesia, specifically the beauty industry by opening their largest factory in Indonesia,” said Mohamad S. Hidayat, Minister of Industry of the Republic of Indonesia.

Co-packing is a critical, largely invisible, part of the process that transforms their bulk cargo into their retail-shelf-ready products.
Wheelhouse
May 11, 2022
Follow Us