The Next Evolution of Display Promotion Planning: Are You Ready? 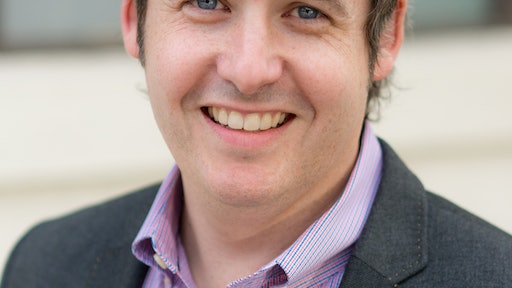 In the past decade, the digital world accelerated the volume, velocity and variety of data at an incredible pace. While this tidal wave of data was somewhat helpful in digital commerce and advertising efforts, it failed to unlock substantial return on investment (ROI) at the point of purchase, exactly where we need it most. Let’s take promotion planning as one example of this point. According to the Promotion Optimization Institute (POI) and Gartner, we spend $200 billion in the U.S. market alone, nearly 20 percent of our gross sales, on this one area of retail execution, yet we remain almost entirely blind to what is actually happening at the moment of truth.

This is finally changing. The rise of retail intelligence technology today and in 2016 is ushering in an evolution in promotion optimization for the consumer packaged goods (CPG) world. Like the shift from warehouse audits to scanner data in the 1980s, the embrace of category management and just-in-time delivery in the 1990s, and the rise of e-commerce and digital advertising in the 2000s, the next data transformation is here. This is not another failed promise of big data and predictive analytics; what we are talking about is timely, actionable visibility down to a store level. We are talking about unbiased facts and insights that allow us to see clearly, act faster and execute with confidence in the retail environment.

Today, retail organizations struggle to attribute anything beyond a rough ROI to their in-store promotion investments in spite of myriad existing solutions. In vain, we hope to measure the point-of-purchase impact through analytical means without the actual data needed to do so. Retail intelligence technology helps take directional understanding to a much deeper, more comprehensive and more accurate level. The innovation lies in the ongoing measurement of in-store conditions like price, promotion, on-shelf availability and speed to shelf for new products to help drive sales, reduce cost and fix issues on a daily basis. Even better, the ongoing quantitative data and insights drive vastly improved planning and resource management over time.

Data through the Eyes of the Shopper

The major change now taking place narrows down to a simple, but vitally important advancement: We now see what the shopper sees. After 100 years of blindness, we can finally see, and those companies and individuals who lean in now and adapt their planning will create competitive advantage in the market for both their companies and themselves in 2016. Retail intelligence provides the details of in-store execution, including display promotions, at store-level data with photographic evidence that also tracks performance over time. Like promotion planning itself and the point-of-sale (POS) data that tracks sales on the back end, brands now have the actual data and analytics necessary to decide whether a promotion is present, in what condition, at the store level.

“The Association for Retail Environments/Point of Purchase Advertising International (ARE/POPAI) is aggressively utilizing retail intelligence technology to help its 1,400 global members better understand the realities of point-of-purchase promotion execution,” commented Todd D. Dittman, chief operating officer of ARE/POPAI. “We all believed promotion compliance in the U.S. grocery channel was 70 or 80 percent until our first study with Quri, but in reality, it’s actually 42 percent. This visibility is a vital first step to unlocking better ROI from the hundreds of billions spent annually on in-store promotions. The ARE/POPAI see huge promise in the use of retail intelligence technology to help transform the industry in the critical area."

Change is never easy, but the vital first step has to be visibility. As little as two years ago, we all could credibly state that scaled measurement of in-store promotion conditions was not possible. Today, we graduated from we can’t measure it to a binary reality of either we do or we don’t. Change for the better starts with understanding the current reality. Only then can we impact the future state.

Early failures in the use of retail intelligence technology are already behind several leading companies, allowing the rest of us to benefit from their bravery in being innovators. An example of one key learning that emerged is to collaborate with promotion planning partners using the data and insights now available rather than abusing them with requests to do your job. No one wants to do a poor job, but the constraints to do more with less in an era of low-growth economics for the CPG industry impact all of us.

The truth is that the simple act of measuring and reporting promotion compliance itself leads to improvement. It moves the conversation from what is happening to why it’s happening, especially when patterns and trends emerge. The key is to leverage the data in a quest to improve planning together, not to exaggerate the problem by playing the blame game.

The simple act of measurement is one critical starting point as we discussed, but the ability to truly improve the ROI and predictability of display promotion effectiveness through this emerging data stream is even more critical.

“For the first time in the 100-year history of the industry, we can gather comprehensive data and insights from the point of purchase,” commented industry veteran and executive Deepak Masand, founder of Caterpillar and Butterfly. “The key is to move this knowledge and its insights into the promotion planning process to drive untapped growth at lower cost. What seemed impossible less than two years ago is now within reach.”

According to Nielsen’s Trade Promotion Landscape Analysis database, “More than two-thirds of trade promotions that happen each year in the U.S. don’t make money.” The major problem is that we really don’t know which stores and what promotions combine best to drive lift. We’re working in the average, not in the detail. This leaves us incapable of determining exactly which store and display promotion combinations lose money, and which don’t. With the ability to measure sales impact at a store level, tied to detailed in-store conditions, these details in display promotion planning reveal themselves.

The evolution lies in our ability to routinely identify and repeat best-of-breed promotions that lead to the highest sales lift, increasing topline sales without increasing cost. Simultaneously, we routinely eliminate negative ROI promotions. All of this is done at the store level. By deploying these two planning tactics, we will drive huge sales and efficiency gains for both brands and retailers.

Make no mistake. This transition is happening now. The only question is: Are you ready? With so many consumer and economic trends challenging brands today, it’s refreshing to see one working so strongly in our favor. A trend that allows us to put a dollar in, and see $3, $5 or $10 come out. The only danger is that we ignore it. We go on doing what we always did, pretending it will somehow work better this time. Or we can lean in, be intellectually curious and champion an evolution in the way we do the business of display promotion planning. Many of us will take action. Will you?

This technology can greatly reduce the time, energy and manpower required to optimize supply chain, logistics and asset management tasks, while accelerating acquisition, accountability and distribution of parts or finished goods.
DT Research
November 19, 2022
Follow Us