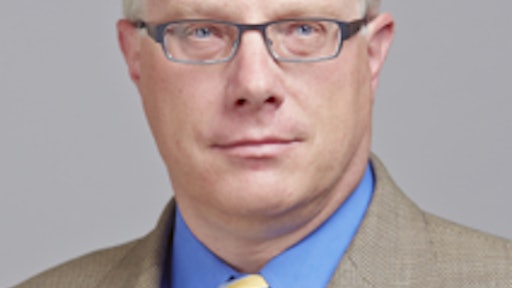 Remember Airborne Express, the express delivery company and cargo airline with its air hub at the retired Air Force base in Wilmington, Ohio? The trademark silver Ford Econoline cargo vans sported the red and black logo, while the crisp white DC-9s had red and black slashes on their T-tail units.

Airborne Express was an economical alternative to FedEx and UPS in the 1980s to early 2000s. Acquired in 2003 by DHL and their parent company, Deutsche Post World Net, it gave those heavy hitters in the air express business a run for their money until it finally discontinued air and ground operations in the U.S. in 2008.

It appears now that Amazon, of all companies, may summon the spirit of the old Airborne Express. Amazon is reported to be centralizing its new air express operations at the Wilmington Air Park, the current name for the airport, formerly called the Clinton County Air Force Base during and after World War II. The Wilmington Air Park is located in central Ohio, between Cincinnati, Columbus and Dayton, and has nearly 3 million square feet of industrial, office and hangar space. Operations there are contained within almost 2,000 acres of land.

The site remains a fully functional airport with two long runways and can handle aircraft as large as 747s. Many of the old DHL/Airborne hub facilities are still intact, including the sortation buildings and cargo ramps, along with aircraft maintenance hangars, fire stations and fuel facilities. Amazon found an almost move-in ready facility to process its own shipments for next-day delivery to customers across the U.S. There is even a reported super-secret code name for this initiative at Wilmington, with Amazon calling it Project Aerosmith.

Cargo Facts, an air freight and express industry source, reported that Amazon may be leasing up to 20 Boeing 767 aircraft at $300,000 to $650,000 per plane. Amazon also purchased a large fleet of Amazon-logoed, over-the-road trailers that it may use to run dedicated line haul operations to move shipments to and from the new air hub and other ground sortation centers, as well as inventory between distribution centers.

Amazon even started trial air operations in Europe, using 737 freighters to connect cities in Poland, Germany and the UK, with plans to expand to destinations in Italy and Spain.

What’s in It for Amazon?

The 2013 UPS Christmas Eve Snafu left Amazon with quite a big black eye during that particular holiday season due, in large part, to UPS being unable to handle an unexpected surge in online orders that overwhelmed its Louisville, KY air hub. As a result, thousands of Amazon packages didn’t get delivered by Christmas, even though the service was ostensibly guaranteed to its customers. This past holiday season, FedEx also failed to deliver some Christmas packages on time, claiming inclement weather and more-than-expected, last-minute holiday shopping were to blame. USPS also struggled to remain on time each year during the holidays, whether handling shipments directly, or as a final delivery agent for UPS and FedEx.

With the goal of gaining better control, making faster deliveries and even lowering costs, Amazon was planning to not only cut out the middleman on air express deliveries, but also to completely redesign its total delivery network. The list of capital investments includes the aforementioned U.S. air hub/planes and trailer purchases, along with the continued expansion of its fulfillment and sort centers around the U.S. and the globe. In ocean freight, Amazon even became its own ocean freight forwarder in China (calling the new division Amazon Global Logistics), dubbed a non-vessel-operating common carrier or NVOCC, to directly move containerized goods from China to the U.S. Amazon is also working to acquire or invest in package delivery companies outside the U.S., starting with a majority stake percent in the French parcel firm Colis Privé.

Drone service and its media buzz are still alive at Amazon through its Prime Now Air service, which is awaiting regulatory approval, and is being tested with a prototype drone that can carry packages up to 5 pounds in weight and sometimes deliver orders within 30 minutes.

Some analysts speculated that this new, broad and diverse global transportation infrastructure could soon be worth $450 billion or more to Amazon.

Will an Amazon Express Disrupt the U.S. Express Delivery Market?

Amazon says it will continue to partner with traditional delivery services in the U.S., such as UPS and FedEx, and only supplement using its new capabilities, remaining a major customer of both firms as well as the U.S. Postal Service; but it is obvious that this may start to erode business for all U.S. delivery companies starting in 2016.

How will UPS and FedEx respond if Amazon eventually offers its excess cargo capacity to other companies for transporting express packages and freight? And/or how much will this affect UPS and FedEx when Amazon takes its freight away for internal movements?

So far, UPS and FedEx remained relatively mum on the matters of both the potential for lost revenue to Amazon and possibly gaining a new, large competitor. We expect U.S. parcel volume and rates, with the likes of UPS and FedEx, to continue to rise through the near future unless checked by outside forces. Increasing e-commerce success will fuel much of this, with volume up 10 to 15 percent in 2015.

Given this growth, we believe parcel carriers like UPS and FedEx will try to remain heavy handed on rate increases and stingy with fuel surcharge reductions in 2016, making pricing more complex to muddy a shipper’s view on total costs. Although the Amazon Express situation may finally put downward pressure on UPS and FedEx rates in 2016, we don’t see this occurring until after the 2016 holiday season.

This technology can greatly reduce the time, energy and manpower required to optimize supply chain, logistics and asset management tasks, while accelerating acquisition, accountability and distribution of parts or finished goods.
DT Research
November 19, 2022
Follow Us