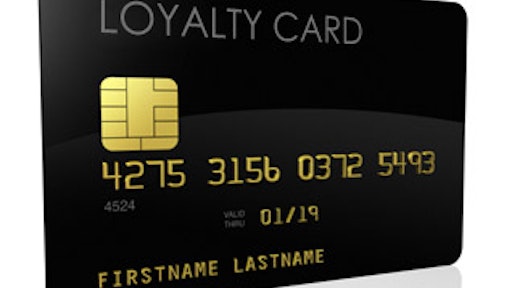 Hampshire, UK—Feb. 8, 2016—A new study from Juniper Research  found that more than 3 billion loyalty cards will operate as mobile-only or be integrated into mobile apps by 2020, up from 1.4 billion last year.

The new research—Mobile and Online Coupons: Redemption, Loyalty and Consumer Engagement 2015 to 2020—found that brands and retailers are increasingly responding to consumer demand for mobile integration, with many now offering customers the opportunity to store their loyalty cards within a dedicated digital wallet.

Crucially, the research argued that the improved targeting and personalization made possible by digital coupons was leading to greater activity rates, thereby resolving a key failing of traditional schemes in which the lack of relevant offers resulted in a downturn in usage.

However, the new research found wide variations amongst retailers and other reward card providers with regard to the extent of digital loyalty integration. In the UK, it observed that around 40 percent of Nectar Card holders acquired the loyalty app by late 2015, but less than 4 percent of Tesco Clubcard holders. It found a similar disparity between U.S. retailers Walgreens, in which 61 percent of card holders linked their card to an app, and Target, which had only 27 percent of cardholders linked.

According to research author Dr. Windsor Holden, “These disparities are likely to result from a number of factors. While, in part, they may reflect the level of satisfaction with the app and/or the features it offers, they may also be attributable to a greater degree—or greater success—of retailer marketing of their digital loyalty options.”

The research warned that retailers that did not offer mobile integration were likely to have far lower levels of visibility on consumer activity. As a result, it cautioned that they would be at a disadvantage when seeking to tailor offers, and thereby, increasing the lifetime value of the consumer.