How Efficiency Improvements Drive Big Holiday Gains ... Even for the Small Guy

When do you decide to spend on a more efficient way to move product from inventory to the hands of an end user? 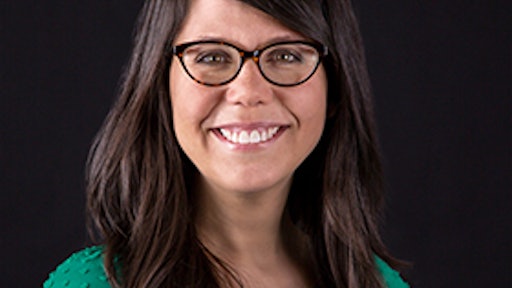 Not long ago, it would have been inconceivable to run a warehouse more efficiently without human hands driven by human minds, making every immediate decision, no matter how simple or repetitive. But, of course, those days are behind us and it would be difficult to imagine a large-scale operation like Amazon without their Kiva robots using predictive algorithms to reorganize shelves to maximize efficiency.

But, when you have a relatively small-scale startup like ours—just a few years this side of working out of the garage on nights and weekends—it’s just not feasible to look at a system built around $35,000 per-unit robots.

So, where is the line? At what point does a small, but steadily growing operation look at limited resources and decide they can best be spent on a more efficient way to move product from inventory to the hands of a satisfied end user?

A year or so ago, we found ourselves in the position of making that decision. We were using the same stacks of factory-packed boxes on standard shelving, with stock-keeping units (SKUs) rewritten on the ends in Sharpie. It wasn’t groundbreaking; it wasn’t elegant. But to a point, it was perfectly, simply, fine.

But, we found ourselves judging an internal ideation competition (think Shark Tank without the cameras or the antagonism) in which one of the most promising proposals involved the relatively low-tech transition to a labeled bin system. Again, a no-brainer for a larger company, but we needed to know if it was time.

What about for us? Should we spend two and a half times the annual expense budget of the fulfillment department on materials and 1,320 personnel hours to make the transition? Of course, it’s a matter of return on investment (ROI), but particularly ROI during the holiday season, over the long haul.

So far, we saw order accuracy climb from 99.74 to 99.83 percent on average. Which is a healthy, positive number, especially through what can be an intensely emotional time of year for our customers. A wrong order during the rest of the year means increased demands on our customer service team, but during the holidays, there is increased risk that a missed order means losing a customer.

Beyond that possibility, we also saw an increase in average number of fulfilled orders per hour—around 11 orders for one site and 12 on the other. Again, during the holidays, when orders are up over 50 percent above the rest of the year, getting the product out the door and in our customers’ hands means greater gains in lead-time variance (LTV), and both customer retention and satisfaction.

So, in concrete terms, we’re looking at 100 percent ROI in labor savings alone—$72,000 saved on a $36,000 investment. And, of course, we’ll keep an eye on the impact in LTV year to year and especially after the holidays.

Was it worth the investment? Absolutely. Because, given our position, it was the right spend at the right time. We see an excellent return year-round, but are especially grateful that, when the holiday buying season comes, that decision becomes the gift to ourselves that keeps on giving.