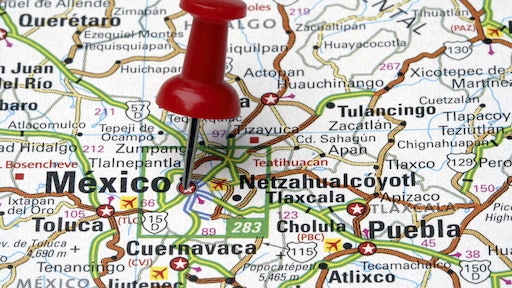 It might be a surprise to some of you that Mexico is the world’s eighth-largest automaker and fourth largest exporter of auto parts in the world. According to the Detroit Free Press, virtually every automaker is adding capacity in the country. They include General Motors, Ford, Toyota, Mazda, Honda, Volkswagen, Audi, BMW, Kia, Nissan, Chrysler and a Daimler-Nissan joint venture.

Over the next five years, according to a recent study by PricewaterhouseCoopers (PwC), the growth rate of the Mexican automotive industry could reach the 5-9 percent range. The Mexican Automotive Industry Association (AMIA) says the automotive sector accounts for 6 percent of the country’s GDP and 18 percent of its manufacturing production. About 80 percent of its total vehicle production is exported.

Why the boom? There are a number of reasons. Mexico has 10 free trade agreements that give it access to 45 countries (and 1.2 billion people). Many manufacturers and industries are moving to Mexico for the less expensive labor force, rather than outsourcing manufacturing to Asia. Companies looking to return are choosing Mexico (and Brazil) for their near-shoring access. “Significant investments have been announced by major manufacturers throughout the supply chain,” says the PwC study. “Local suppliers are increasingly being exposed to non-traditional markets and are developing their relationships with foreign suppliers, thus fostering the emergence of a strong local supply base.”

Foreign direct investment also is on the rise in Mexico. Statistics from ProMexico, a government agency that coordinates strategies to strengthen the country’s participation in the global economy, indicate that the automotive and auto-parts sectors in the country accounted for 20.8 percent of total foreign direct investment. Investments between 1999 and 2013 by automakers in Mexico reached more than $30 billion.

Companies in the light vehicle industry have 18 production complexes in 11 Mexican states. Work ranges from assembly to casting and stamping of vehicles and engines. Around 50 car and light truck models are produced in the country. Business is just as good with the heavier vehicles. Eleven commercial vehicle manufacturers and two engine manufacturers for heavy trucks have production facilities in the country.

Needless to say, related businesses are jumping into the arena.

Tier 1 companies are direct suppliers to the OEMs and develop components that include engine parts, steering and suspension systems, air conditioning systems, electronic components and more. Tier 2 suppliers manufacture equipment and products used in the most advanced and specialized components of the automotive industry, such as forged, stamped parts, die casting, plastic parts and machined parts. Tier 3 suppliers provide inputs and raw materials to Tier 2 manufacturers.

According to ProMexico, “automobile manufacturing has become more and more competitive; the innovation of the automotive industry and the greater level of sophistication of the products that are manufactured force companies to improve processes and generate technology that fulfills the requirements of the terminal industry. As a result, auto parts manufacturing has followed the same trend, and within the development of the industry companies focus on investing capital to ensure they have skilled staff and state-of-the-art machinery and equipment to supply assemblers.”

The agency adds that many global corporate offices are beginning to delegate some autonomy to regional offices, giving the supply chain more efficiency with local companies that can meet their requirements and are located through contacts between regional offices and local supply chains.

Whether manufacturing for export, or its own market, Mexico has become a player in the automotive market.

In Mexico, BMW Builds Supply Base from Scratch

Just 39% of survey respondents felt they could accurately predict trends and activity for the holiday season, according to a study commissioned by ProGlove.
ProGlove
January 13, 2023
Follow Us