The 25th Annual Highway Report finds the general quality and safety of the nation’s highways has incrementally improved as spending on state-owned roads increased by 9 percent, up to $151.8 billion, since the previous report. 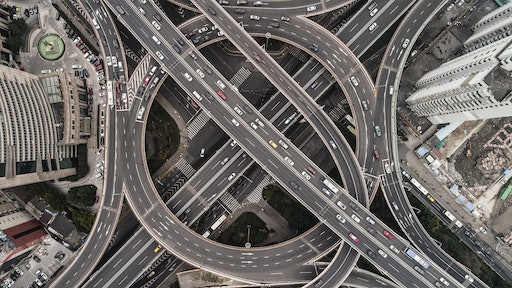 The 25th Annual Highway Report finds the general quality and safety of the nation’s highways has incrementally improved as spending on state-owned roads increased by 9 percent, up to $151.8 billion, since the previous report. Of the Annual Highway Report’s nine categories focused on performance, including structurally deficient bridges, traffic congestion, and fatalities, the country made incremental progress in seven of them.

In the report’s spending categories, Missouri, Mississippi, South Carolina, North Dakota, and Tennessee reported the lowest expenditures per mile. New Jersey, Massachusetts, Alaska, Delaware, and Maryland had the highest costs most per-mile. In total, the 50 states disbursed $151.8 billion for state-owned roads, a 9.2 percent increase from $139 billion in 2016, the previous data available.

The condition of the nation’s bridges improved slightly in 2019. Of the 613,517 highway bridges reported, 46,771 (7.6 percent) were rated deficient. The best rankings go to three states where less than two percent of their bridges are structurally deficient: Texas, Nevada, and Arizona. Meanwhile, Rhode Island reported a whopping 23 percent of its bridges as structurally deficient.

Five states made double-digit improvements in their overall performance and cost-effectiveness rankings: Arkansas improved from 32nd to 9th overall; Mississippi moved from 25th to 8th; Wisconsin went from 38th to 22nd; South Carolina jumped from 20th to 6th; and Iowa improved from 31st to 20th overall.

“Although it is tempting to ascribe these ratings to geography or population, a more careful review suggests that numerous factors, including terrain, climate, truck traffic volumes, urbanization and congestion, system age, budget priorities, and management and maintenance practices all significantly impact state highway performance,” says Baruch Feigenbaum, lead author of the report and managing director of transportation policy at Reason Foundation. “The states with the three largest highway systems—North Carolina, Texas and Virginia—all rank in the top 21 this year. Meanwhile, states with the smallest amount of mileage to manage, like Hawaii, Rhode Island and New Jersey, are some of the worst-performing states. Prioritizing maintenance, targeting and fixing problem areas, and reducing bottlenecks are among the successful strategies states can use to improve their quality and efficiency.”

Reason Foundation’s Annual Highway Report measures the condition and cost-effectiveness of state-controlled highways in 13 categories, including pavement condition, traffic congestion, structurally deficient bridges, traffic fatalities, and spending (capital, maintenance, administrative, overall) per mile. The Annual Highway Report is based on spending and performance data submitted by state highway agencies to the federal government for 2018 as well as 2019 urban congestion data from INRIX and bridge condition data from the Better Roads inventory for 2019.