Uber will cease development on self driving trucks and focus the technology solely on cars. 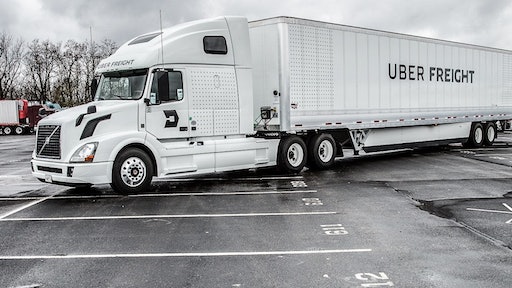 Uber announced that it will stop developing autonomous trucks that have been moving cargo, Reuters reports. The company said that it wants to focus the technology solely on cars.

The ride-hail company had intentions to take over freight hauling industry with Uber Freight. The company hasn't been affected by the decision.

According to Reuters, transportation experts believed that self-driving technology would be a natural application within the trucking industry due to the predictability of highways. Uber planned to integrate manual trucking with autonomous trucks by deploying the former for short hauls and the latter for longer distances.

Uber wasn't the only company that has been experimenting with self-driving trucks. Tesla, Waymo, Fod and General Motors have all been competing with one another to bring self-driving cars to the market.

Reuters reports that the company will move employees working on self-driving trucks to other roles within autonomous vehicle development.

Ryder Teams Up with Uber for In-House Transportation