Truckers will now have to pay tolls in order to drive through Rhode Island. 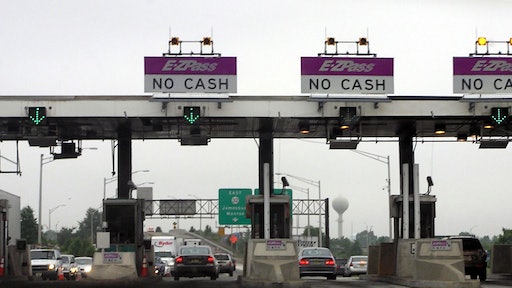 Since the initial announcement three years ago of the truck toll proposal, the trucking industry has called it unfair and said that legal action is likely to come once tolls are charged. It is unclear if the Rhode Island Trucking Association will take legal action now that the tolls are in effect.

The Providence Journal reports that after two years of planning and development, the Rhode Island department of Transportation implemented the first two truck tolls on the southern stretch of Route 95 between Exits 2 and 5. The goal of the tolls is to get businesses that move goods across the state's highways to finance construction and repair of the roads. The state expects to add a dozen more tolls within the next year, according to the Providence Journal.

Department of Transportation (DOT) spokesman Charles St. Martin says that the tolling is only taking place because the trucks cause the greatest amount of damage to the state's roads and bridges, but pay only a small share to maintain them.

As retaliation is expected, the DOT launched a series of television and radio campaigns defending the tolls, the Providence Journal reports.

Truckers are said that they're being singled out by the tolls and claim unfairness, according to the Providence Journal. Truckers have warned the state that they will start driving around Rhode Island or on secondary roads in order to avoid the tolls.

When fully operational, the truck toll network is expected to generate $45 million per year.