They say if you ever want to know the truth, ask a five-year-old child. The same goes if you want to know which company offers the best work environment, ask their employees. Which is what we did. 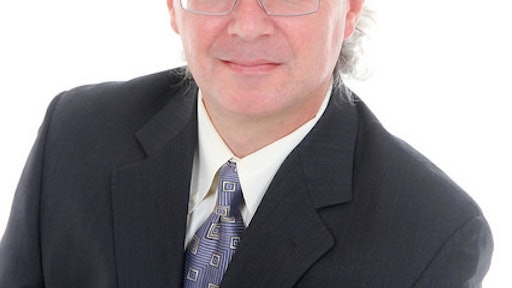 They say if you ever want to know the truth, ask a five-year-old child. The same goes if you want to know which company offers the best work environment, ask their employees. Which is what we did.

The Best Fleets to Drive For is the only annual program dedicated to identifying the best workplaces in the North American trucking industry. Every year, we ask drivers and independent contractors working for any for-hire trucking company operating 10 or more trucks to nominate their companies if they believe they work for the industry’s best fleets.

We evaluate nominated fleets and collect thousands of driver surveys. The resulting data provides a clear picture of what's working at fleets of all sizes.

Scoring for the 10th anniversary edition of the program wrapped up in early January with the Top 20 announced on Jan. 30. The program’s two grand champions winners will be named at the Truckload Carriers Association annual conference on March 25-28 in Kissimmee, Florida.

Here are some of the emerging trends we discovered this year, specifically related to compensation:

Driver pay is always a popular subject, and is an area that has seen some developments over the years. In the Best Fleets program, participants provide the average annual miles and average income (for company drivers) or gross revenue (for owner-operators). Those numbers are then used to calculate the total pay-per-mile drivers receive. Fleets identify what their drivers actually make in a year after all the bonuses are factored in and the average per-mile-driven the fleets offer their owner-operators. By doing this, we can distill results from the survey into data that can be more easily analyzed, compared and benchmarked among fleets and from year-to-year.

2017’s average pay-per-mile for company drivers was 54.32 cents per mile. In 2016, the average was 50.71 cents per mile, increasing 7.11 percent year-over-year. That increase continues the past 4-year trend where company driver pay steadily increased every year.

The average rate for owner-operators this year was $1.39 per mile, slightly above 2016’saverage of $1.386 per mile. Owner-operator pay has fluctuated substantially over the past four years, reaching a high of $1.763 per mile in 2015, then dropping to the levels seen recently.

In addition to the average income, we’ve found that consistency and predictability are also important. This year's Best Fleets have invested in efforts to improve both.

Last year's program saw 50 percent of the participants providing some kind of pay guarantee, this year that percentage jumped to 73. The percentage of fleets providing a full guarantee (comparable to a base salary in many ways) has also gone from 17 percent to 30 percent. The amounts being guaranteed vary from fleet to fleet depending on the region and type of work, averaging at about $1,000 per week.

A new area being evaluated in this year’s program is payroll accuracy and error prevention. Drivers have long expressed frustration over inaccurate settlements and lengthy resolution processes, so fleets that work to minimize errors have seen their efforts rewarded in driver satisfaction and longevity. This year's Best Fleets take a direct approach to avoiding problems by having separate reviews and audit processes to catch any mistakes early on. The most proactive, however, have added a layer of transparency that allows drivers to see the settlement details directly through a scorecard. That way they're clear on how their compensation is calculated before it arrives. That not only allows for any mistakes to be caught and rectified quickly, but also it makes the connection between performance and compensation more clear for drivers, eliminating a common source of misunderstanding.

Mark Murrell is co-founder of CarriersEdge, a leading provider of online driver training for the trucking industry, and co-creator of Best Fleets to Drive For, an annual evaluation of the best workplaces in the North American trucking industry produced in partnership with the Truckload Carriers Association. He can be reached at www.carriersedge.com

To make the most of crowdsourcing, warehouse operators need to think about both inventory and the customer experience. Adopting best practices that other companies have discovered while bringing crowdsourced delivery into their businesses can help.
Roadie
June 9, 2022
Follow Us