More than 200 document exchanges are needed to process one shipment. This in itself is a huge undertaking – not just to fill-out, print, and organize in the end, but to coordinate, control, check, validate and approve. 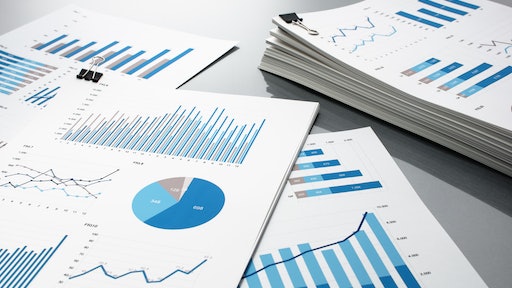 For consumers it is unimaginable how much effort is needed to keep the international trade running smoothly, especially in these turbulent times, where enormous challenges are arising one after another. An additional layer of fantasy is required to even attempt to comprehend the ocean of paper documents and pieces of digital information needed to come together to build a successful global trade event, like importing goods into a country.

From the (not-yet-distant) world of printers and couriers

More than 200 document exchanges, on average, are needed to process one shipment, as per IBM. This in itself is a huge undertaking – not just to fill-out, print, and organize in the end, but to coordinate, control, check, validate, approve, require additional information and send by courier. It gets even worse if something needs to be audited, when a document is missing or if it becomes suspicious for whatever reason. Each of these exchanges is an opportunity for a catastrophic error that can even bring down a company, or at the very least result in the loss of precious time and money.

For decades, progressive businesses and agencies have prototyped and introduced various digital systems and solutions; however, these were always only solving a single or partial issue, and not for all participants in the chain. Most often, documentation still traveled in envelopes with couriers and was referenced in digital data entries, or was digitized with scanners and used as a copy – without the option to transfer the possession of the original document, and with auditing capabilities that would bring the dark ages to mind, at best. In hindsight, it seems silly, when we reminisce about how it was done (and still is, in too many places).

Through a mish-mash of efforts

Even if digitalization was not a top priority for global trade – and shipping especially – over the past decade, it has just begun causing rapid evolution, even revolution in many places.

The national and global endeavors have kicked into gear with drafting and legislating laws on electronic commerce documents. At the higher levels, international memorandums and frameworks for standardization of digitalization of international trade have been confirmed. Industry and union bodies have emerged with their initiatives everywhere to help regulate the digitalization of the global goods flow.

However, it pays to cut through the fog of talk about standards, frameworks, and content from numerous panels across all levels of every possible union, and focus on relevant, real-life developments. These may seem daring before the implementation, but they show significant gains in every imaginable key performance indicator after they are put to use on a bigger scale.

The lessons from the futuristic Egypt

The Egyptian government has quite recently built the NAFEZA single windows for global trade facilitation – simply put, a system to connect all the participants, ports for sea, air and land transport, and governmental entities, with business operators around the globe, to support easier processing. The goal was to simplify and unify the processes, while boosting efficiency and productivity, lower the error rate, and gain better insight into the trade flow into Egypt. Immediate benefits for the Egyptian government include integrating 26 government bodies associated with cargo clearance and the establishment of a reliable national data warehouse.

The last missing pieces of the puzzle was how to ensure timely, trustworthy, transparent, immutable transfer of relevant documentation from around the world and at the same time assure all participants that nobody can tamper with any record, as well as ensuring reliable timestamping and signing of documents. They integrated the locally built NAFEZA single window with the global CargoX Platform for Blockchain Document Transfer (BDT), which is based on a public, Ethereum blockchain.

As Gamal Kotb, General Manager of MTS, the state-owned provider of the NAFEZA platform explains: “MTS needed access to the world outside the borders in order to obtain documents and other services. We researched this field and decided to enter into partnership with CargoX, in order to provide a single-window system to those who export to Egypt. This community sees us through the CargoX Platform and their solution.”

Now, let’s talk about practical benefits, to avoid sounding too academic. Egypt has achieved increased transparency for all participants, the elimination of red tape, and a reduction in the average cargo release time from 29 days to 9 days, with a notable reduction in container demurrage and storage fees. Compliance costs for shippers have also been slashed from more than US $600 to US $165 or less as a consequence of the move onto the blockchain as the medium for sending important documents in their Advance Cargo Information (ACI) filings.

Africa skipping ahead, as Europe is just starting

Let’s not forget that the earliest electronic implementations of Advance Cargo Information Systems (ACIS) were started in the African states of Burundi, Kenya, Uganda, Rwanda, Tanzania and Zambia!

Looking at the African continent as a whole, it is very diverse, but providing numerous opportunities to jump ahead with modern technology, especially in the field of import and export processing. Countries with huge natural resources who wish to gain an insight and maintain oversight of the business landscape, can easily jump ahead to secure better transparency, avoid document tampering, and audit any business activity or subject as needed.

Just a few hours by plane to the north, the European Union, a traditional trade partner of Africa, has just come to an agreement on the new EU single window environment for customs, which will help the old continent streamline digital customs cooperation and facilitate trade. This will replace the old Import Control System (ICS), which will be phased out by 2024.

Returning to the 200 required information exchanges for a single trade shipment draws a parallel to the Rubik’s cube. Every time somebody mixes it, there is an exact number of moves needed to assemble it in the shortest time possible. We see people put it together in mere seconds (even underwater), and it is amazing to watch – as compared to hour-long tries, which most often do not even end in success.

I try to imagine modern global trade & shipping systems with this exact metaphor. The shortest possible time to perform tasks, the best, most logical process, and complete overview of what is happening in the process, and who needs to do something at any given moment. While the digital nature of the approach, remote participation in any process, as needed, comes with maximum transparency and accountability at all times.