As veterans in the logistics industry set to retire or move towards different projects, their companies say farewell and look to the future with new hires and promotions. 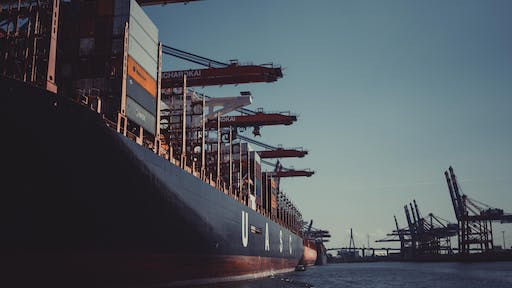 The Supervisory Board of Hapag-Lloyd AG extended the contract of Joachim Schlotfeldt, its Chief personnel and global procurement officer (CPO), by two years, until March 31, 2023. Schlotfeldt joined Hapag-Lloyd in 1979. Over the course of his career, he has held various positions in Taiwan, Japan, Singapore, Spain, Portugal and, most recently, China. He subsequently served as managing director of Region Asia, Region Europe and then Region Asia again. Since April 1, 2018, he has been a member of the executive board of Hapag-Lloyd AG.

Transportation Intermediaries Association (TIA), the voice of the third-party logistics industry, announced today that after a long and successful tenure, president & CEO Robert Voltmann, CAE, will be leaving the association at the end of September 2020. Voltmann joined TIA as CEO in June 1997.

Doug Clark, a longtime industry executive and TIA Honorary Life Member, will serve as TIA’s interim President & CEO while the Board of Directors conducts its search for a new chief executive.

Johnson County Judge Roger Harmon was elected chair of the Regional Transportation Council on June 11 and will lead the 44-member transportation policymaking body for the next year.

Harmon replaces Denton County Judge Andy Eads, who has chaired the RTC through the beginning of the COVID-19 pandemic, which will continue to be an important issue as officials at all levels of government determine how to respond. Harmon, who was appointed to the RTC in 2001, will also lead the RTC during the 87th Texas Legislative Session, which begins in January.

Dallas County Commissioner Theresa Daniel is the new vice chair after serving as secretary for the past year. City Councilmember Ann Zadeh of Fort Worth was named secretary. Daniel has been a member of the RTC since 2018; Zadeh was appointed in 2017. The new officers will serve in their positions through June 2021.

In his new role, McDonald will lead research and development and training projects with a focus on new product development and commercialization in the off-road and material handling markets. He will also assist in market communication strategy and outreach. Prior to PERC, McDonald was a general manager at Ferrellgas for nearly six years. He also served as an aircrew survival equipmentman in the United States Navy for four years.

Mr. Brandes will lead a staff of 20 responsible for one of the nation’s 10 largest container seaports.  Oakland’s Maritime Director oversees everything from facilities management to real estate negotiations.