The longstanding bilateral trade relationship is ripe with new opportunities 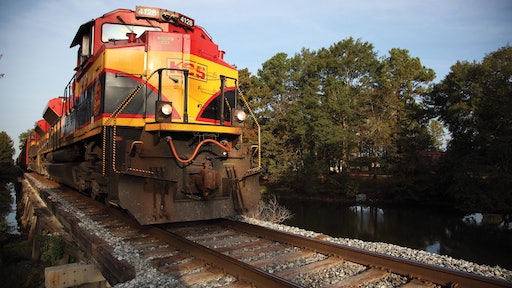 The U.S. and Mexico share an enduring bilateral trade relationship that has only gotten stronger in recent years due to the free trade benefits of the North American Free Trade Agreement (NAFTA) coupled with resurgence in nearshoring.

China’s allure as a low-cost manufacturing mecca for U.S. companies continues to erode. Labor rates continue to climb along with transportation costs. In addition, quality control issues, language barriers, IPR infringement, currency fluctuations and long transit times are pushing companies to reevaluate their supply chain strategy and take a hard look at the total landed cost benefits of manufacturing products in China that are intended for U.S. consumers.

A recent survey by AlixPartners gauging executives’ thinking regarding manufacturing and sourcing found that more than 40 percent of those polled indicate that nearshoring is a possibility whereby their companies could better serve U.S. demand. Of that 40 percent, 86 percent said they’ve already started the process or expect to within two to three years.

While NAFTA has boosted total trade between the U.S. and Mexico by 476 percent since its implementation in 1994, Mexico’s efforts to establish free trade agreements (FTAs) with other economies is remarkable—with 145 free trade agreements in place and counting, Mexico holds more FTAs than any other country in the world.

The considerable portfolio of FTAs is attractive to companies in the U.S. that view Mexico not only as an attractive manufacturing hub for U.S.-bound goods, but also as a gateway to other countries in every global region.

U.S. auto manufacturers, as well as German and Japanese carmakers, are increasingly building manufacturing plants in Mexico to supply countries in Europe, Asia and the Americas. The industry has emerged as one of the primary pillars of Mexico’s economy, contributing over 20 percent of the total manufacturing sector’s GDP and employing more than 15 percent of the total industrial labor force in the country. It is also one of the top per capita wage employers.

As for agricultural trade, the U.S. is the worldwide supplier of poultry, soybeans, apples, pears and grapes to the Mexican market.

Mexico’s booming auto industry is spurring business for Union Pacific Railroad, which owns a sizeable stake in Ferromex (FXE), one of the country’s leading railroads. Automobiles transported via FXE are switched to UP’s locomotives at the railroad’s gateways to the U.S. UP currently transports two out of every three new automobiles Mexico exports to the U.S.

Online Exclusive: A New Day at the U.S.-Mexico Border