The world still gets 80 percent of its energy from coal, oil and natural goals, even though there has been a growth with using zero-carbon sources. 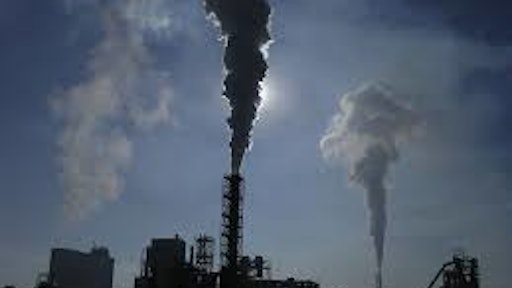 Across the globe people deployed more solar and wind power, setting a new renewable energy record in 2017, Quartz reports. Money spent on renewable installations was more than twice the sum spent on nuclear and fossil-fuel power.

Quartz reports that over the last 10 years, the installation of renewable-power capacity has doubled. However, the growth hasn't been enough to reduce emissions across the world. Demand for energy has increased 2.1 percent within the last year and low-carbon sources aren't able to keep pace. According to Quartz, the world's energy-related carbon emissions rose by 1.7 percent for the first time in four years.

As a whole, the globe still relies heavily on fossil fuels, despite the growth of renewables. According to Quartz the world still gets 80 percent of its energy from coal, oil and natural goals, even though there has been a growth with using zero-carbon sources.