Earth Day this year has prompted the new White House administration to hold a climate change summit. Read what associate editor Brielle Jaekel says will be the effects through the supply chain. 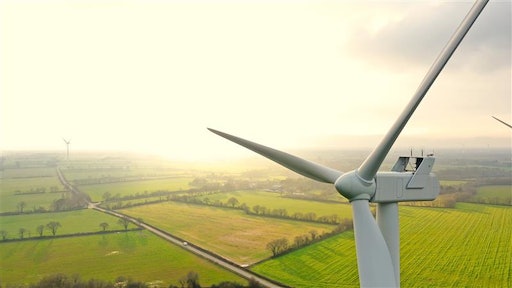 President Biden took this year's Earth Day as an opportunity to hold a climate summit, hoping to get the United States as well as other countries back on track to help combat climate change. Since the supply chain is thoroughly connected to the world's economy and operations, many of what was announced during this conference will impact supply chains.

The summit, taking place from April 22 to April 23, invited 40 world leaders to participate via live stream, and was announced following President Biden's plan to rejoin the Paris Agreement that the previous administration backed out from. During the summit's first day, he incited a global call to action to cut greenhouse emissions, revealing a plan for the United States to reduce greenhouse gases by 50% to 52% below its 2005 emissions levels by 2030. This will likely push logistics providers, warehousing companies and factories to adopt new ways of energy and operations. Luckily, much of the supply chain is already making these changes with major players such as Amazon, Maersk, DHL, Delta and more making similar pledges to cut down on emissions or go carbon neutral within a similar time frame.

But it isn't just the United States making aggressive goals in relation to climate change, European Commission President Ursula von der Leyen announced Europe's plan to be the first climate-neutral continent in the world by 2050, agreed upon by all 27 governments in the European Union. Pope Francis also appeared, making a speech urging followers to “take care of the biodiversity, take care of nature." And even Russia's President Vladimir Putin conveyed an openness to cooperating on a global mission to save the Earth, according to CNN.

One other that was prevalent throughout the first day of the summit was the topic of deforestation, a specific but important aspect of supply chains. Unfortunately, in Brazil deforestation of the rainforest is a significant problem, reaching its highest level last year since 2008. The Brazilian government expressed a plan to end deforestation and illegal logging in the country but claims it will need more funds to do so.

Supply chains will have to rethink how material is sourced, with many sectors affected that most wouldn't even think of. For instance, soy suppliers to the salmon industry, CJ Selecta, Caramuru and Imcopa, committed to go deforestation free, prompting salmon companies in Europe to focusing on sourcing from Brazil. It is little industries like this that affect so much of the environment we don't even know.

I think that supply chains are a significant part of climate change and impacts on the environment. So hearing plans like all of these, and seeing major companies make the switch to help a common goal excites me for the future.

Throughout the past month, the L.I.N.K. podcast focused on sustainability and it really opened my eyes to what can be done for a new future. If you're at all interested in how the supply chain impacts environmental issues or what we can do to help, please check out my latest episodes. Now here comes the corny part; we can work together to make a better future for our children!

Material Sourcing Gets High-Tech and Sustainable