If the United States were to move to lessen its supply chain from China, it could reduce its dependency by at least 20% in a moderate scenario. 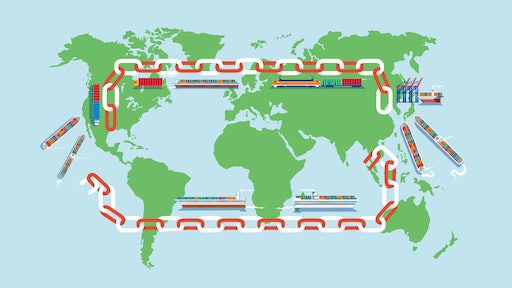 The United States’ dependency on Chinese technology supply chains could be reduced by up to 40% by 2030 in key segments, according to a new report from Bloomberg Intelligence (BI). If the United States were to move to lessen its supply chain from China, it could reduce its dependency by at least 20% in a moderate scenario. China’s dominance in chip manufacturing as well as the broader electronics manufacturing services sector (EMS) are marked obstacles for a more significant reduction in Chinese supply chain dominance.

“Decoupling supply chains can be difficult,” says Steven Tseng, senior technology analyst at Bloomberg Intelligence. “The dominance of Chinese companies on smartphone, chip, and the wider electronics manufacturing services sector poses a particular challenge should the U.S. take action to reduce its dependence on Chinese supply chains. Even our most aggressive scenario shows only a 40% reduction by the end of this decade. With U.S. market juggernauts like Apple relying almost exclusively on China for its manufacturing and assembly, the path to decoupling of the two countries’ supply chains would be long and arduous.”

The concern lies more with the ongoing shortages than overall market conditions. Over three-quarters (79%) of respondents said component availability is of most concern to them, compared to 18% who noted market conditions.
Avnet Inc.
November 3, 2022

This tool provide users with a white glove experience that moves inventory fast and with price transparency.
Sourcengine
October 26, 2022

What is the Supply Chain and How Does the Network Work?

How Manufacturers Can Improve Collaboration with Suppliers

Agility is the name of the game today and agility comes from having supply chain transparency that facilitates collaboration. As the world gets more complicated and interconnected, it’s these characteristics that will separate leaders from followers.
Kinaxis Inc.
October 19, 2022
Follow Us