The numbers are the second-highest in the survey’s 15-year history. 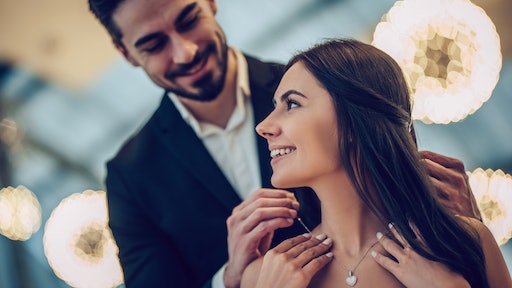 U.S. consumers are feeling the love this year—and many will show it with their wallet.

According to an annual survey released by the National Retail Federation and Prosper Insights & Analytics, total spending this Valentine's Day is expected to reach $19.6 billion, up from $18.2 billion last year. The numbers are the second-highest in the survey’s 15-year history, topped only by the record $146.84 and $19.7 billion seen in 2016. On average, consumers is expected to spend  $143.56 on Valentine’s Day as 55 percent of the population celebrates this year, an increase from last year’s $136.57.

“Americans are looking forward to pampering and indulging their loved ones with flowers, candy, dinner and all of the other Valentine’s Day stops,” NRF President and CEO Matthew Shay says. “With the holidays behind them and the winter months dragging along, consumers are looking for something to celebrate this time of year.”

“Gifts of experience” such as tickets to a concert or sporting event continue to be popular, sought by 42 percent of consumers, but only 24 percent plan to give one. Those 25-34 are the most likely to give such a gift at 41 percent.

Even those foregoing Valentine’s Day festivities won’t be left out. More than a quarter (27 percent) of consumers who are not observing the holiday have an alternative in mind such as treating themselves in some way or getting together with family and friends.

“Valentine’s Day has become a holiday consumers take advantage of not only to spoil their loved ones but themselves,” says Phil Rist, executive vice president of strategy for Prosper.

How to Buy Eco-Friendly Flowers for Valentine’s Day

Singles’ Day: The Biggest Shopping Event You Never Heard of