T-Mobile and Sprint Must Convince Merger to Antitrust Cops

T-Mobile and Sprint must convince antitrust cops that its $26.5 billion merger will leave room for competition among wireless networks. 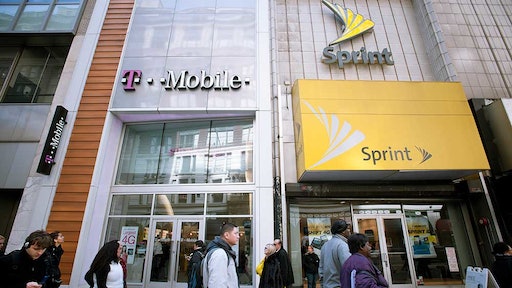 In order to gain approval for their $26.5 billion merger, T-Mobile and Spring must convince antitrust regulators that there's competition for wireless services beyond Verizon and AT&T, the Chicago Tribune reported.

The merger would combine the third and fourth-largest wireless companies in the country, and bulk them up to a similar size to Verizon and AT&T. However, the companies argued that the partnership would allow them to better compete with the leading providers but also with Comcast.

T-Mobile CEO John Legere says that the buyout will supercharge competition and wireless speeds. Legere would be the CEO of the combined company.

The cell-phone companies have been rumored to be combining for some time now, but the attempt fell apart due to resistance from the Obama administration. National carriers had not been able to get a deal through under President Barack Obama, but the FCC  deemed the wireless market "competitive" for the first time in almost 10 years in September, making easier to present a deal.

The combined company would fall under T-Mobile's name and would have 127 million customers. Consumers are worried about the potential in higher prices, while unions are concerned about potential job losses. The companies have said that they plan on hiring more employees following the merger, however.