China is establishing itself as a major robotics purchaser and user to automate manufacturing as its labor force shifts. 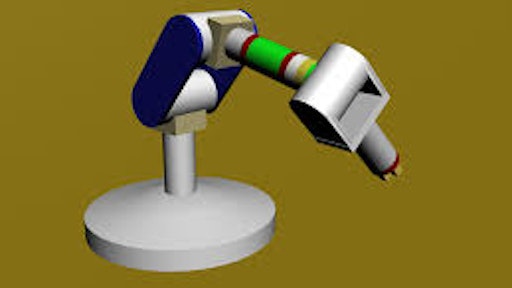 China is fast establishing itself as a major purchaser and user of robotic technology to automate more of its manufacturing capacity as its labor force shifts, potentially spurring changes for supply chains in Asia and beyond, according to a new report from CBRE Group Inc.

The Chinese government enacted policies encouraging the adoption of automated manufacturing as China’s workforce gets smaller and relatively more expensive. CBRE’s report cites the International Federation of Robotics’ projection that China’s purchases of multipurpose industrial robots—which amounted to 67,000 in 2015 or a quarter of global sales—will more than double to 150,000 by 2018.

“This is bound to have major implications for the physical supply chain, potentially spurring a new era of modern site selection and design for investors and users in Asia,” said Louisa Luo, CBRE executive director of advisory and transaction services, industrial and logistics, China. “Not only will Chinese industrial facilities undergo substantial modernization, but this evolution of Chinese manufacturing stands to alleviate pressure on trading partners to reroute supply chains due to cost concerns.”

Second, the manufacturing workforce in China is becoming more expensive as the country’s economy matures and evolves. Labor costs in the manufacturing region along China’s coastline grew to the equivalent of 64 percent of U.S. manufacturing wages last year from 30 percent in 2000. That made China less competitive in low-cost manufacturing industries with countries such as Vietnam, Bangladesh and India.

CPOs should look at the sunset as an opportunity to assess, evaluate and implement future-proof technologies into their company’s tech stack.
Valtech
January 7, 2023
Follow Us