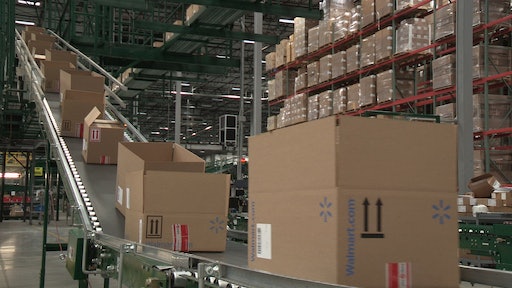 CommerceHub’s network of approximately 9,500 customers, including many of the largest retailers, marketplaces and brands in North America, will be able to team up with Walmart.com, one of the largest online retailers.

CommerceHub, a distributed commerce network for retailers and brands, announced that it reached an agreement with Wal-Mart to expand its existing partnership, integrating directly with Wal-Mart’s online third-party marketplace. CommerceHub’s network of approximately 9,500 customers, including many of the largest retailers, marketplaces and brands in North America, will be able to team up with Walmart.com, one of the largest online retailers.

CommerceHub continues to support Wal-Mart’s drop-ship fulfillment process through its virtual inventory solution, which connects Wal-Mart to a vast network of suppliers to expand its product assortment and facilitate rapid, cost-effective delivery, with complete control of the customer experience.

Launched in 2009, Wal-Mart Marketplace expanded Walmart.com’s product assortment for customers alongside Wal-Mart’s existing first-party merchandise. More than 80 million unique visitors shop Walmart.com every month looking for products across popular categories like apparel, electronics and home. The new integration with CommerceHub allows both retailers and brands on CommerceHub’s platform to reach more customers through this growing channel. In 2015, CommerceHub enabled an estimated $11.6 billion in gross merchandise value (total economic value of goods) for its customers, including through marketplaces.

“Customers trust Wal-Mart to provide a broad assortment of products and investing in our marketplace helped us grow our assortment to 11 million items in just a few years,” said Seth Beal, senior vice president of global marketplace at Wal-Mart. “By expanding our relationship with CommerceHub, we’ll be able to leverage its network of retailers and brands to offer customers more of what they’re looking for at Walmart.com.”