Georgia is an important gateway and transit point for Kazakhstan, Turkmenistan, Uzbekistan, Azerbaijan and Armenia 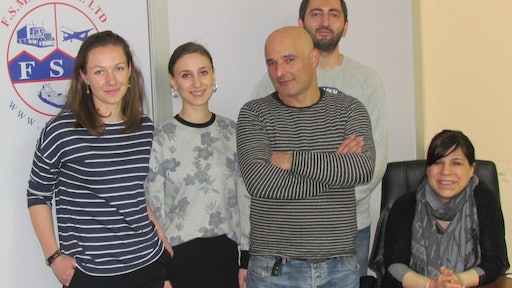 Basildon, UK—March 21, 2016—F.S. Mackenzie Group (FSM)—the UK and Russia member of the FPS Group network of independent forwarders and non-vessel-operating common carriers (NVOCCs)—opened a new office in Tbilisi, Georgia, to act as gateway for imports to the Caucasus region. It is the company’s 17th branch.

Georgia is a former USSR state, with an area of 69,700 square kilometers, and a population of almost 5 million. In addition to its excellent rail connections to the central Asian countries of Kazakhstan, Turkmenistan and Uzbekistan, Georgia is also an important gateway and transit point for neighboring Azerbaijan and Armenia.

FSM has been active in the region for some years, commencing road freight operations into the Caucasus in 2009; since 2012, the business has grown further as a result of the launch of regular less-than-container load (LCL) services to Tbilisi, Yerevan and Baku via the Black Sea’s largest ports of Poti and Batumi in Georgia, and Odessa (the major port of Ukraine).

The new FSM Tbilisi operation is now spearheading the launch of weekly inbound LCL services from a number of key ports in Asia, Europe and the USA, and is going to provide direct local control over its operations, which were previously managed through its Ukraine base. All containers are unloaded at the company’s container freight station in Tbilisi, which then provides daily delivery throughout Georgia, and weekly transit services to Yerevan, Armenia and Baku, Azerbaijan.

In addition to LCL, the company is also offering road transport, airfreight forwarding, and outsized project forwarding by air and ocean, along with customs clearance in Georgia and Armenia, insurance, delivery to door, long- and short-term storage, unpacking, packing and repacking, and consolidation and on-forwarding of cargoes arriving from different origins for individual consignees. FSM operates its own bonded warehousing 30 kilometers from its central Tbilisi base.

Managing the F.S. Mackenzie Georgia office is Irakli Kublashvili as managing director. His career includes working for MSC (the world’s second largest shipping line and the market leader in the Caucasus region), as well as middle and senior management posts at leading local freight-forwarding companies. He leads a team experienced in all aspects of the freight business, including projects and outsized cargo.

Says Kublashvili: “The opening of our own office in Tbilisi is our next step in developing international traffic for Georgia, Ukraine and the Caucasus. It provides us with much tighter control over our operations, ensuring the highest possible service standards.

“We will continue to invest in this region, with another office planned later in 2016. This will ease the flow of documentation and streamline operational processes with our strategic partners. Our aim is to establish FSM as the leading NVOCC for the region.”

Mastering Negotiation: Conquer the Enemy Within

View
Whether it’s implementing e-invoicing or e-procurement, now is the time to future-proof your supply chain.

Operating at Scale is Critical Amid Emerging Chemical Manufacturing Trends

Here's why a powerful, industry-specific ERP makes it possible to keep up with evolving regulations.
Deacom, Inc.
September 23, 2021

Chief procurement officers would do well to invest in the e-procurement tools they need to thrive to enjoy tangible efficiency gains and true peace of mind even in a time of uncertainty.
mdf commerce
September 22, 2021

How Supply Chain Operations Can Be a Lever for Growth

Taking the time to transform key aspects of your supply chain operations – from data gathering and demand planning to scenario modeling and S&OP – will help create a more efficient and resilient supply chain.
Tata Steel
September 21, 2021

Ensuring the Quality of Widgets and Relationships as a Manufacturer

It's important for manufacturers to understand the options available to ensure that quality of widgets is upheld and relationships between manufacturers and customers aren’t impacted.
Lynx Software Technologies
September 21, 2021

Companies that have embraced the inevitable change of automation are navigating through this crisis successfully. It is no different in procurement.
Kissflow Procurement Cloud
September 20, 2021

When it comes to ensuring you have the strongest, healthiest supply chain possible, supplier experience management is a winning strategy.
HICX Solutions Ltd.
September 18, 2021

More than 40% of CFOs indicate supply chain shortages or delays have increased their companies’ costs by 5% or more.
Deloitte LLP
September 16, 2021

Investing a mature data approach increased employee productivity by 16% in the past year, nearly double the increase of beginner-level innovators (9%).
Splunk Inc.
September 14, 2021

With the correct policies set by the administration and Congress, the United States can effectively secure America’s medicines and supply.
Coherus BioSciences
September 13, 2021

There should be one centralized place where you can view all information while a payment partner handles any payment errors that occur.
Nvoicepay, a FLEETCOR Company
September 13, 2021