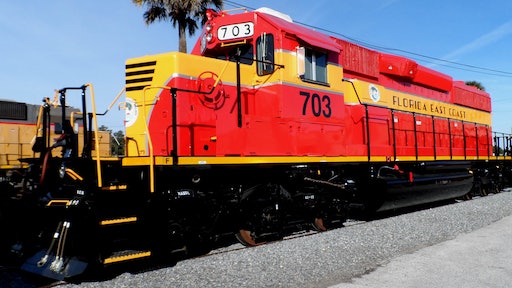 “Today, the paint scheme signifies the continued growth that FEC aspires to attain as a premier regional rail network serving the east coast and I am proud to incorporate our rich heritage into our future plans,” said Jim Hertwig, President and Chief Executive Officer, Florida East Coast Railway.

The founder of the Florida East Coast Railway (FEC), Henry Flagler's strategy for FEC was to move freight by rail utilizing Florida’s deep water ports in conjunction with a vision for growth generated by the opening of the Panama Canal. Today’s FEC continues Flagler's vision as it expands its infrastructure to meet the demands created by the new Panama Canal opening in 2015.