Mastering Negotiation: Conquer the Enemy Within

Mastering negotiation requires a mix of skills and knowledge together with an understanding of things that happen at a subconscious level. 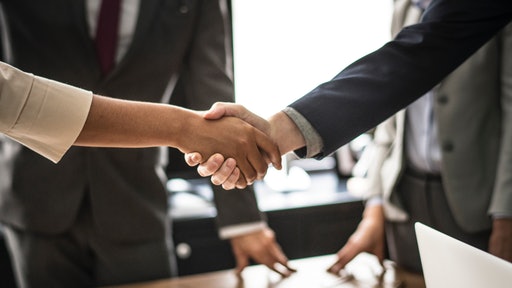 Perhaps the most important challenge in mastering negotiation is the one closest to home.

Human nature, specifically personalities and experiences, can work against us while the process of taming this “enemy within” is a fundamental factor in negotiation success.

Negotiation is, after all, a game, and when we play it, underlying forces emerge from deep within and deliver a profoundly positive or negative impact. The same, of course, applies to the opponent.

The five “enemy” forces we need to understand to become proficient negotiators and assume better control are the need to win, the fear of failure, bias toward self-belief, the power of relationships and the need to trust.

The need to win - possibly the single most powerful force within us - can drive an individual to be relentless and uncompromising in pursuit of their goal, often at the expense of others. Typically, those drawn to selling or account management roles have an inherent need to win and are more often than not highly competitive, motivated individuals who are happy to be paid based upon results they achieve. In contrast, the need to win is much less common across those in procurement and supply chain roles. So, if we fail to appreciate the “need to win” dynamic, our personalities will place purchasing and supply chain at a disadvantage to salespeople. More importantly we need the ability to adapt our personality for any given negotiation and have robust ways of dealing with highly competitive counterparts.

Distinct from “the need to win,” the fear of failure is another powerful dynamic that can work positively or negatively. It can motivate us to reach a high level of performance but can also make us hold back.

Being driven to reach a goal because we don’t want to fail is good to an extent, and for certain scenarios, but performance will be impaired if we perceive that the process may cause embarrassment, we are uncomfortable with upsetting the other party or we think our actions could threaten our career. Furthermore, if a tough negotiation results in the other party simply saying “no,” it can be disheartening and create a sense of failure. These are personal consequences. Those with a propensity to anxiety, pessimism or with low self-esteem have a greater fear of failure. Managing this requires us to understand our personalities and compensate where needed. We need to understand who we are and have confidence in our abilities. As such, “personality” is a core success factor.

This is about the degree to which we may over- or underestimate reactions or how we believe we will behave in a given situation.

In a negotiation context, if we have an overly high estimation of our abilities, we may believe we can achieve a great result with little planning or preparation.

This “bias in self-assessment” is like “fear of failure” linked to self-esteem. If we have high self-esteem, then we believe in ourselves and can be over-confident in our abilities. Similarly, if we lack self-esteem, we will tend to underestimate our abilities. Once again, we see a strong link between personalities, self-esteem and how we perform.

We are sociable creatures. Relationships and what other people think of us are important depending, once again, on personality. Relationships can introduce strong ties and senses of obligation. They can also act as a powerful driver in influencing our actions.

In a negotiation, our relationship with the other party cannot be ignored. If we have a close relationship, either due to personal factors or a history of business dealings, then our approach will be within the context of maintaining this relationship as being of paramount importance. Risking upset would tend to be avoided.

For this reason, suppliers will put great effort into attempting to build relationships. Indeed, in many business scenarios, it is exactly what is needed, but it is something we must be alert to, in control of and understand the boundaries.

The need to trust is an important and often underestimated component of human interaction.

It can be mitigated to a degree by reducing dependency on the other party and the power they hold, but it remains a powerful component in a negotiation and cannot be ignored. Things can change post-agreement and contracts can be breached, leaving the prospect of compromise or a bloody legal battle. Trust is inescapable.

If we can convince the other party to trust us, then we have increased our power. Trust in the context of a negotiation is often little more than an illusion created by one party and it is this tactic that has been used by salespeople for centuries.

Finally, we are also up against our natural tendency for fairness and reciprocity toward our opponent. The “rule of reciprocation” is the human tendency to repay or reciprocate when a gift is given. This might be a physical object, a kind deed or act of generosity. When we reciprocate, we also tend to quantify the size of the gift made and give back in equal measure, with a sense of obligation remaining in us until every part of the perceived debt is repaid.

Reciprocity comes into play in negotiation when parties make concessions and trades and in our sense of fairness toward conducting dealings according to a “something for something” principle. However, it can work against us when caught up in obligation and even guilt to reciprocate when the other offers a concession. The rule of reciprocity can make us feel as if we have negotiated well but we may have simply been guided to the intended end position by a clever supplier.

Reciprocity, and specifically the sense of need or guilt that it can trigger in us to concede unnecessarily, can be averted by learning to become more aware of our feelings of obligation and by exercising choice about when we reciprocate. It can also be dealt with by letting go of any pre-conceptions that trades must be given in equal measure.

Mastering negotiation requires a mix of skills and knowledge together with an understanding of things that happen at a subconscious level.

Personality traits and underlying forces can work against us and effective negotiation therefore requires full self-awareness and moderation of behavior.

Taming the “enemy within” will ensure we do not battle ourselves when playing the negotiation game.