Financial Resiliency -- The Leading Driver of Supply Chain Health in 2021

Options like supply chain finance and accounts receivable finance will play an important role in helping suppliers and buyers of all sizes strengthen their financial health on the path to recovery. 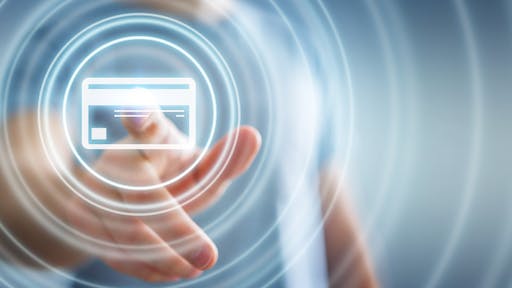 As we settle into 2021, our daily and professional lives are invigorated with new hope. While we acknowledge the profound disruption of the last year, we also recognize the perseverance that has brought us this far. We are not yet out of the woods, but we continue to adapt as we always have during challenging times.

The supply chain is no stranger to resiliency. It has always been a hallmark of a company’s strength, and an entire ecosystem of technologies and services exist solely to fortify these capabilities. But, the challenges of the past year have underscored just how important resiliency is to survival, and for some, how much work there is to be done.

For many buyers and suppliers, the first half of this year will look a lot like the last 12 months – volatile. But, unlike this time last year, we have the perspective of hindsight.

PrimeRevenue data analyzed throughout 2020 proves that businesses have adapted and acclimated to a new business climate. As they’ve changed how they do the business – sometimes substantially – the pace of innovation has accelerated. Many companies are putting measures in place to add additional layers of protection for both the business and their suppliers.

Supply chain finance is one important example. There has been a consistent uptick in supplier demand for early payment. From the beginning of March to the end of December, suppliers opted to advance approximately 85% of available invoice dollars. With new virus strains and the distribution of a vaccine, there is much uncertainty heading into Q1 2021. Despite the upcoming challenges, this number is expected to grow.

The power of adaptability

In 2020, trade began to normalize across many geographies and industries. In China, the first country hit with the virus, trade activity began to show inklings of a comeback as early as March. By April, meaningful stabilization occurred, which extended throughout the rest of the year. Aside from a dip at the beginning of October for China Golden Week (similar to the annual dip the United States sees every year for Lunar New Year), trade activity for the weeks surrounding the festival were on par with 2019 levels – slightly higher, in fact. For the 30 days leading up to the start of China Golden Week on Oct. 1, 2020, trade activity was up 13% year-over-year. Trade activity within the region showed a strong rebound. From Q2 to Q4, trade activity increased 31%.

The data told a similar story in EMEA, despite multiple waves of shutdowns. After the initial lows observed in March and April, Europe’s trade activity trended relatively close to 2019 levels. When a second round of shutdowns went into effect late last year, trade activity decreased only 4% between Sept. 1 and Nov. 15, 2020 compared to 2019. Like we saw in China, demand rebounded strongly from the lows in the spring with trade activity increasing 29% from Q2 to Q4. With the UK under a third national lockdown as of Jan. 4, expect supplier demand for early payment to dramatically increase.

It’s also worth mentioning that despite a resurgence of the virus in some parts of the world and resultant shutdowns, data hasn’t shown another large dip in trade activity like seen in March and April 2020. Overall global trade activity on the PrimeRevenue platform grew 31% from Q2 to Q4. Businesses around the world are navigating the volatility and adapting their businesses to keep up with customer demand, which is proving to be key in surviving the economic storm.

Optimism abounds as we dig into 2021. So does pragmatism. The path to recovery brings new challenges and disruption, albeit positive ones. Industries that have been hardest hit by the pandemic will likely see a resurgence in demand as the world adapts to a new reality. Those that were fast to rebound could see another wave of normalization as demand re-stabilizes. As these changes occur, suppliers will need to brace for the ripple effects and the strength of supply chains will be tested yet again.

The need for resiliency across the supply chain is more important than ever. Many businesses will need to level up and provide new layers of protection for vulnerable suppliers. The need for low-cost liquidity alternatives will be greater than ever. Options like supply chain finance and accounts receivable finance will play an important role in helping suppliers and buyers of all sizes strengthen their financial health on the path to recovery.