The New Catch 22 of Third-Party Contractors

The more often third-party contractors get used, the more likely customers are to report poor performance 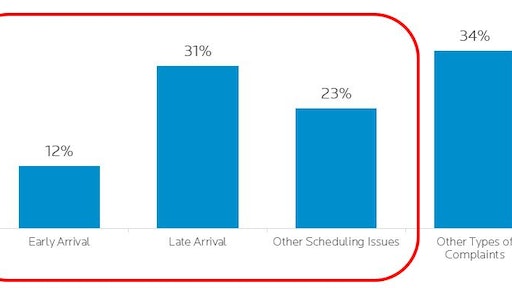 Modern business practice, especially in the service industry, is in the midst of an evolution toward the use of on-demand workers. There are a number of business benefits to be realized from this shift in focus, chief among them, bringing a larger mix of services to a wider cross-section of the population and doing so profitably. One needs look no further than the advent of providers like Uber, Lyft, Handy, Axiom and dozens of others to see the trend in action. In fact, it probably is not too far-fetched to say the day may come that freelance laborers outnumber full-time employees who were placed via traditional hiring practices.

For companies like those mentioned above, which were born and bred on the Internet, the move toward on-demand service is almost second nature. But what happens when household brands try to move from their bricks-and-mortar heritage to capitalize on the new business model? We, indeed, are seeing big-box retailers turn increasingly to third-parties to fulfill store-purchased products such as flooring or HVAC equipment, and manufacturers are doing the same for after-sale support or warranty fulfillment. The question for them is: Are they in position to realize true benefit and maintain the same high customer experience ratings as their web-based counterparts?

If we take their own words at face value, the answer is, “Possibly, but it will require some work.” In a recent survey we conducted of contractor managers in traditional retail, home services, manufacturing and utility industries, there appear to be a number of major service gaps when it comes to using third-parties—shortcomings that weaken brand reputations, detract from service consistency and generally increase the cost of service delivery.

Between the dates of April 15 and 23, 2015, Research Now, an ICC/ESOMAR-compliant survey provider, conducted an online survey of more than 200 executives who hold a decision-making role within departments that manage third-party contracting at U.S.-based companies.

If there is one major takeaway to be gleaned from the findings, it is this: Primary brands are hiring more third-party contractors to provide on-site service or support for their customers. This is not unexpected. However, alarm bells start to go off when we see the response data notes also that the more often these contractors get used, the more likely customers are to report poor performance. We believe this correlation creates a red flag for any company looking to increase its use of contracted services.

If we dive a little deeper into the issue, respondents’ answers reveal that customer dissatisfaction most often arises from inconsistent scheduling and a lack of communication on the part of the contractor.

The survey asks: Thinking only of jobs performed by contractors/subcontractors over the past six months, approximately what percentage of customer complaints involved an early arrival, a late arrival, other scheduling issues and other types of complaints?”

In response, we see that two-thirds of complaints about service provided by contractors can be attributed to scheduling issues, with a nearly a full third of these complaints stemming from late arrivals (Figure 1).

And yet, even as they are aware of these scheduling shortcomings, contractor managers admit that they do not even consistently measure for on-time arrivals, customer feedback/satisfaction and time spent to complete projects (Figure 2).

The good news is, service mishaps of this nature are correctable when we begin to investigate the reasons why. We begin to see a common thread among respondents: They are simply unable to gain enough visibility into their contractor’s day-to-day activities to establish the performance metrics that would bring about a change for the better. There are failures on both ends of the spectrum that contribute to the problem.

That disconnect occurs mainly because there is a simple lack of technology that would better meld third-party service-people and the companies they represent. When more than 80 percent of contractor managers express desire for a tool that would help them better monitor and communicate with their contractors and subcontractors, it’s clearly gotten to the point where, as an industry, we need to think about creating new methods and technology to do the job.

The good news is, technology already exists that would allow a brand and its contractor base to be presented, and managed, as one. Most decision-makers just may not know it.

To be sure, advances in analytics, problem-solving algorithms and artificial intelligence are evolving to the point where brands can effectively monitor their contractors’ workflows, so that in-house managers have better visibility into the day-to-day, and even moment-by-moment, activities of their third-party resources in the field. With that technology, managers can play a more hands-on role to prevent the scheduling and communication breakdowns that are at the root of these findings from occurring in the first place.

Use of the contingent workforce is only going to become more common; big business trends bear that out. The challenge for contractors managers is to find a way to support these contractors better, and open up the lines of communication so that customer satisfaction—and brand reputation—is allowed to thrive and go up, not down.

Stephen Timms is president of the Americas at ClickSoftware. In his nine years with the company, Timms led teams through significant growth of customers, employees and revenue. He began his career teaching networking and DataComms to post-grad students, and graduated from the Harvard Business School Executive Education–General Manager Program in 2013.