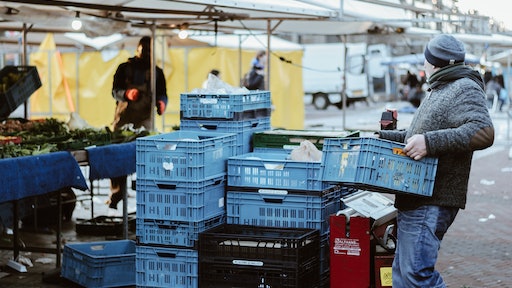 Photo by Raoul Croes on Unsplash

The UN describes the definition of modern as "people whose work is performed involuntarily and under the menace of any penalty." According to Quartz, modern slaves can be coerced to work through explicit measures such as violence, but also through financial pressure or by limiting someone's movement by retaining their identification.

The UN and its member states are committed to eliminating slavery by 2030, though, progress has been little and slow. Quartz reports that only 31 countries have ratified the UN-developed protocol on forced labor, and the United States is among countries that has yet to ratify it.

There is currently a lack of procedures to identify victims of slavery and an area that is particularly troublesome is the business supply chain.

According to the report, upwards of 16 million victims of slavery work within poorly-monitored supply chains. That  number excludes child labor or exploitative work conditions that don't limit the freedom of movement.

Quartz reports that there are less than 40 countries that have laws and systems in place to prevent businesses from buying products that may have relied on slave labor somewhere along the supply chain. Countries that do have laws in place often fail to enforce them effectively. With the lack of visibility in most supply chains, it is difficult to track and trace where and how the components were made.

The fashion and tech industry have had reports of slave labors within their supply chains. In California, all companies with revenues above $100 million are required to disclose their efforts to fight slavery through checking their supply chains, Quartz reports. However, this law leaves out smaller companies and is only limited to just the one state.

Still, the U.S. was one of the first countries to acknowledge the problem of modern slavery in the supply chain. During the Obama Administration, several laws were passed to address the issue.

Though, while American-made goods can be verified, the report found that the U.S. actually imports the largest volume of goods that are made with slave labor at some point before it reaches the consumer. Still, this doesn't take into account that labor practices that don't fall under the definition of slavery, but are still questionable, such as labor exploitation.