After a task force determined that the U.S. Postal Service is indeed still losing money, it suggest that mailboxes could be monetized in order to gain profits. 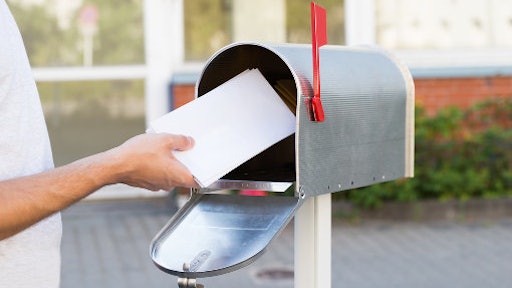 After a task force reported that the U.S. Postal Service was still losing money within its operations, the Trump administration has proposed selling access to mailboxes.

A government report issued last week said that "mailbox monopoly could be monetized" and that the legal mailbox still remains highly valuable.

CBS News reports that the task force didn't detail how much the USPS could earn from franchising mailboxes, however, it did suggest that it could charge third-party delivery services to gain access to consumer mailboxes. It's currently illegal for other delivery services to drop packages or letters in a mailbox.

The report notes, "As [mail service providers] and package delivery companies continue to expand offerings to multiple parts of the value chain, it is reasonable to expect a willingness to pay for access to USPS mailboxes. By franchising the mailbox, the USPS could expand its revenue and income opportunities without necessitating any change to its current mail products."

If the USPS were to monetize mailboxes it could potentially backfire, costing the service more money, according to CBS News. A main reason that the USPS is not as financially troubled as it could be because it has a monopoly for delivery.  If it were to sell access to consumers' mailboxes, more businesses may opt for third-party delivery services.