Few jobs have been created since steel and aluminum tariffs went into effect. 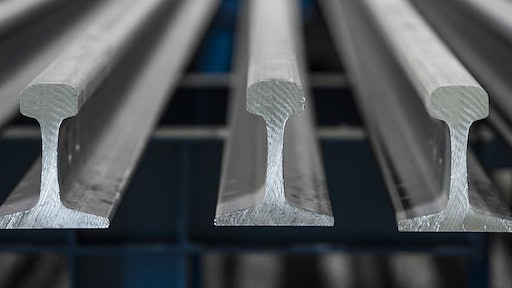 Since implementing steel and aluminum tariffs earlier this year, the Trump administration has been able to claim a win as they are bringing in big profits. However, fewer jobs have been created in the United States because factories are staying competitive by cutting the amount of labor required to make steel.

Reuters reports that technological advances over the years have allowed the steel industry to cut the amount of labor needed to produce a ton of the metal. So far, the tariffs will help Nucor's Sedalia, Missouri plant and 12 other steel projects create over 3,000 jobs, a 2.4 percent gain. However, around 1,400 of those jobs at six projects were planned before the tariffs went into place and do not rely on them.

A Commerce Department spokesperson pointed out that steel imports have declined recently, but domestic production has increased, Reuters reports. The department says broad tariffs on imports were needed because foreign producers were evading existing countervailing and anti-dumping duties.

The tariffs may also extend the life of older, less efficient plans in the United States. According to Reuters, the U.S. Steel's Granite City plant credits tariffs for adding 800 jobs by restarting two blast furnaces.

Nucor is leading the way when it comes to cutting labor costs in modern factories, Reuters reports. The company chose to work in Sedalia because of its location on a main rail line, near ample scrap metal sources. The plant will create few jobs compared to those in the past, but the high salaries, averaging at $65,000, are coveted in the region.

Still, critics argue that rising profits for the steel industry come at the expense of customers and workers. Reuters reports that higher prices could mean steel users could cut 16 jobs for every one added in steel manufacturing. However, those in support of tariffs believe that the worries are overblown. Yet, the impact of the tariffs reaches far beyond anyone who uses steel, with some companies experiencing delays in projects that could have produced over 100 jobs.