The Trump administration takes a bold approach by filing disputes against trade partners for following through on retaliatory tariffs. 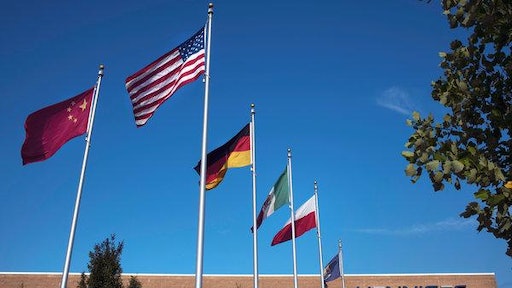 The Washington Times reports that the United States has filed five disputes at the World Trade Organization against China, the European Union, Canada, Mexico and Turkey regarding retaliatory tariffs.

The countries are being accused of violating trade agreements with the US after each country followed through on their threats to retaliate against the steep tariffs the Trump administration put on steel and aluminum.

US trade representative Robert Lighthizer explained in a statement, "These tariffs appear to breach each WTO member's commitments under the WTO agreement. The United States will take all necessary actions to protect our interests, and we urge our trading partners to work constructively with us on the problems created by massive and persistent excess capacity in the steel and aluminum sectors."

According to the Washington Times, Lighthizer continued to defend the administration's original action on placing tariffs, saying that they were justified to protect US national security. Prior to the tariffs going into effect, manufacturers and farmers saw a spike in costs of production, already hurting profits. Others saw delays on their products as well. Companies like Harley Davidson have already arranged plans to move production overseas in order to spare themselves from the steep tariffs. Toyota and GM have also urged the administration to rethink automobile tariffs as they will only hurt the consumer in the long run.

Several of the countries that the Trump administration filed disputes with have already reported to the WTO that the steel and aluminum tariffs were unethical and illegal.

The Washington Times reports that China announced a dispute of its own aimed at the US for proposing additional tariffs on $200 billion in Chinese goods. Trade tensions between the two countries have been ongoing since March, with each country slapping tariffs on $34 billion earlier this month.