The British government has published its plan for its future economic relationship with the European Union. 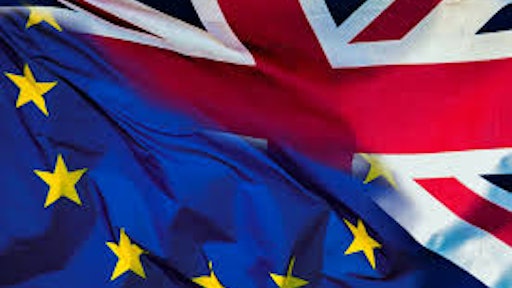 The British government has published its plan for its future economic relationship with the European Union, the Wall Street Journal reports. The plan includes proposals that disappointed the financial-services industry because they accept a significant reduction in the sector's access to Europe.

The government hopes the plan will bring new momentum to Brexit now that it's less than nine months until its planned withdrawal. However, to get the plan through Parliament and persuade the EU to sign up brings challenges to do so before the time for negotiations runs out.

The Wall Street Journal reports that the plan proposes an ambitious free-trade area between the EU and the UK after Brexit. The whitepaper suggests a new institutional arrangement to oversee the new partnership and resolve disputes.

The plan also commits the UK to mirroring EU product regulations in preserving cross-border trade in goods, according to the Wall Street Journal.  The paper also proposes a freer hand on services, meaning less business for UK-based financial firms from EU customers.

UK once had preserving unfettered access to the EU market for financial services as a central goal of the Brexit strategy, according to the Wall Street Journal, but governments will now only seek to negotiate a framework enshrined in international law for the close cooperation between UK and EU financial regulators. The Wall Street Journal reports that the strategy also acknowledges an approach that "means that the UK and EU will not have current levels of access to each other's markets."

The Wall Street Journal reports that the proposal created concern in the financial sector that Brussels and London weren't likely to reach an agreement that preserved the status quo, causing some banks to move key staff to EU capitals ahead of Britain's withdrawal.

The proposal detailed a complex and untested customs arrangement that has the UK collecting one set of tariffs for goods entering Britain for sale in its own market and another set for products in transit to the EU, the Wall Street Journal reports. The proposal would allow the UK to set tariffs on its own goods while preserving cross-border supply chains with the EU.