Trump's plan to renegotiate the North American Free Trade Agreement to make it "a lot better" would not be a one-way street. 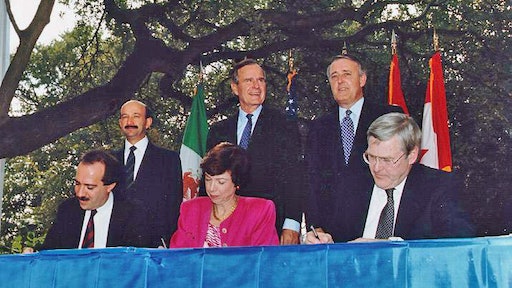 President-elect Donald Trump's plan to renegotiate the North American Free Trade Agreement (NAFTA) to make it "a lot better" for U.S. workers would not be a one-way street for his administration, as Canada and Mexico prepare their own list of demands that could require difficult U.S. concessions.

The 22-year-old NAFTA and other trade deals became lightning rods for voter anger in the U.S. industrial heartland states that swept Trump to power this month.

Trump—who vowed to file notice of his intent to quit an Asia-Pacific trade deal on his first day in office—pledged to leave NAFTA if it can't be improved to his liking. But he has said little about what improvements he wants, apart from halting the migration of U.S. factories and jobs to Mexico.