Trump’s threats to impose 45 percent tariffs on Chinese goods and a 35 percent levy on Mexican imports may set off a trade war. 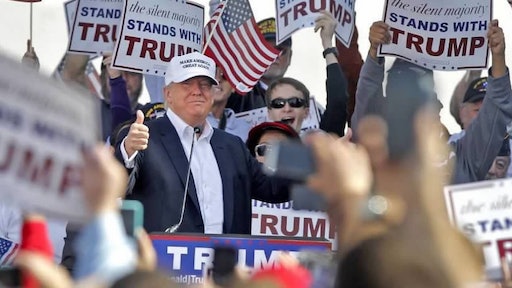 U.S. Republican presidential candidate Donald Trump’s protectionist trade policies would send the U.S. into recession, result in the loss of almost 4.8 million private-sector jobs and lead to shortages of consumer goods, such as iPhones, according to the most detailed study yet of his plan.

The study released by researchers at the non-partisan Peterson Institute for International Economics illustrates how, even as the New York businessman pledges to boost growth and create millions of jobs, most mainstream economists view his economic policies as dangerous quackery.

The study also offers a skeptical view of Democratic candidate Hillary Clinton’s trade policies and, particularly, her opposition to the Trans-Pacific Partnership, a vast new Pacific Rim trade pact the U.S. negotiated with Japan and 10 other economies.

But Trump’s threats to rip up existing U.S. trade agreements, and impose punitive 45 percent tariffs on goods from China and a similar 35 percent levy on products imported from Mexico would probably set off a trade war and wreak huge damage on the U.S. economy, the study found.