As the U.S. withdraws from major international agreements, China continues to strike pacts with other nations. 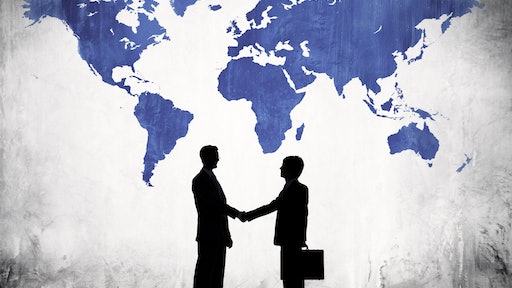 Three days before Donald Trump took the oath of office and became the 45th president of the United States, Chinese President Xi Jinping stood on the main stage at the World Economic Forum’s annual meeting in the Swiss mountain resort of Davos and alluded to Charles Dickens. It was, Xi told the gathering of the global business and policy elite, “the best of times and the worst of times.” The Chinese president then delivered an uncompromising defense of globalization, despite acknowledging its flaws. It had, he said, “powered global growth and facilitated movement of goods and capital, advances in science, technology and civilization, and interactions among people.”

Five days later, Trump made it as clear as possible that he did not share Xi’s enthusiasm for international free trade deals. On January 23, the new president signed an order to withdraw from the Trans-Pacific Partnership (TPP), the hard-won trade deal negotiated under President Barack Obama. The TPP would have created a trade pact with 12 countries, including Japan, Peru and Vietnam, that together would have represented 40 percent of the global economy. The deal excluded China and many in Washington saw it as a way of containing China’s regional dominance.

In Beijing, Xi will likely have reacted to Trump’s move to withdraw from the TPP with mixed feelings. While the decision delivered a significant blow to the era of free trade, Xi would no doubt have celebrated the demise of a deal designed in part to hem in his nation’s vast engine of trade.